TEHRAN, September 2 - A writer who has known Donald Trump for three decades believes there is “no way” the US president will follow through on his pledge to donate $1 million of his own personal fortune to Hurricane Harvey victims. 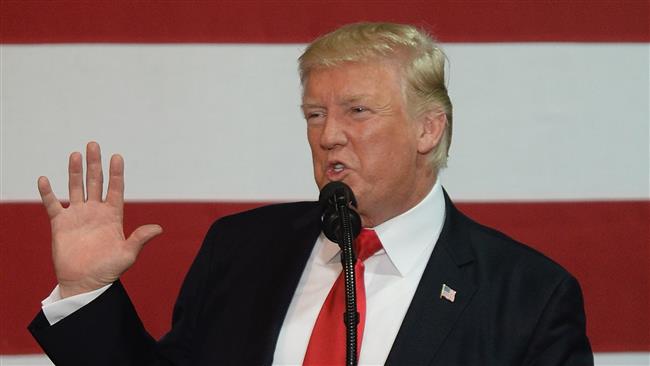 TEHRAN, Young Journalists Club (YJC) - Tony Schwartz, the ghostwriter of Trump's 1987 Art of the Deal memoir, took to Twitter on Friday claiming Trump "only promises to give" and "never actually does".

On Thursday, White House Press Secretary Sarah Huckabee Sanders made the announcement that Trump would "pledge proudly a million dollars of his own personal money to help the people of both Texas and Louisiana.”

However, Huckabee said that Trump has not decided which specific organization he will give the donation to and has called on reporters to help decide.

“He actually asked that I check with the folks in this room since you are very good at research and have been doing a lot of reporting into the groups and organizations that are best and most effective in helping and providing aid, and he'd like some suggestions from the folks here and I'd be happy to take those,” she said.

Harvey came ashore late on Friday as the most powerful hurricane to hit Texas in more than 50 years. The storm caused chest-deep flooding on some streets in Houston as rivers and channels overflowed their banks.

Trump, who is one of wealthiest men to have occupied the Oval Office, has an inconsistent charitable history. He has previously been accused of failing to keep donation promises.

An investigation by The Washington Post revealed that Trump only paid about $2.8 million of the $8.5 million he pledged in donations in the 15 years before the campaign.

White House officials said the donation would come from the president's personal fortune and not his business or charitable foundation.

Schwartz made another prediction in August, saying Trump will resign from office before the end of the year, Presstv reported.

“The circle is closing at blinding speed. Trump is going to resign and declare victory before Mueller and Congress leave him no choice," he said.