TEHRAN, October 12 - China sent a guided-missile frigate, two fighter jets and a helicopter to warn off the USS ‘Chafee’ near disputed islands in the South China Sea, accusing the US of damaging the country’s sovereignty and security interests in the region. 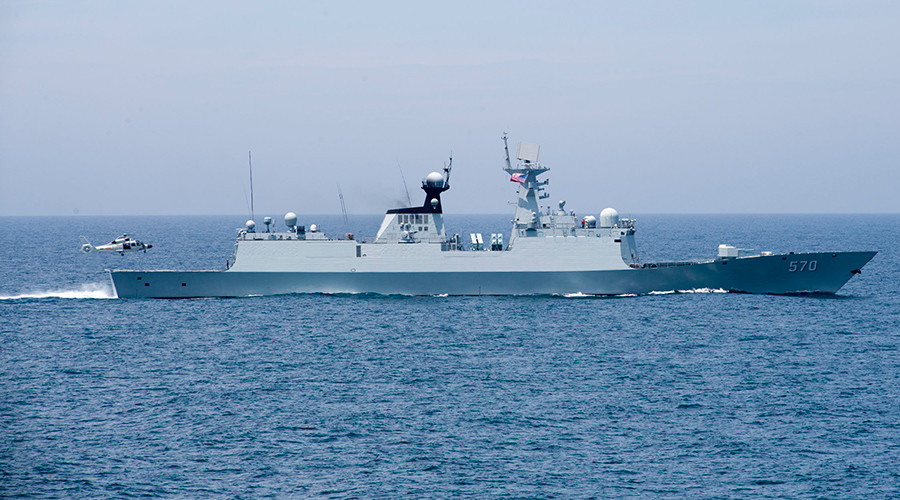 TEHRAN, Young Journalists Club (YJC) - Beijing condemned the mission of the guided-missile destroyer USS ‘Chafee,’ which on Tuesday sailed within 16 nautical miles of the disputed Paracel Islands in the South China Sea, within the framework of a so-called “freedom of navigation”operation.

“In the face of repeated provocation by the US forces, the Chinese military will further strengthen preparation for combat at sea and in the air and improve the defenses to resolutely defend national sovereignty and security interests,” China’s Defense Ministry said in a statement, quoted by the South China Morning Post newspaper.

The guided-missile Type 054A frigate ‘Huangshan,’ two J-11B fighter jets and one Z-8 helicopter were sent to identify the US vessel and make it leave the waters.

The incident with the USS ‘Chafee’ would affect trust between the militaries of the two countries, the ministry stated, adding that further operations of such nature might trigger “unwanted incidents.”

China’s Foreign Ministry has also urged the US to “respect the sovereignty and security” of the country and stop such “erroneous acts.”

The destroyer, however, did not violate the 12-nautical-mile territorial limits of the islands, according to a Reuters report, citing US military officials. The mission was carried out to challenge “excessive maritime claims” in the region, according to the officials.

US ships have repeatedly sailed past the disputed islets in the South China Sea, triggering an angry reaction from China. Beijing accuses the US of violating its sovereignty, while Washington claims the missions support “freedom of navigation”in the region.

Small uninhabited islets in the resource-rich South China Sea are contested by multiple nations. The Paracel archipelago is claimed by China, Taiwan and Vietnam, while the Spratly Islands are additionally contested by the Philippines, Malaysia and Brunei.