TEHRAN, January 27 - The Japanese cryptocurrency exchange Coincheck has suspended trading and withdrawals, saying it “deeply regrets” the loss of tokens worth some $500 million in what appears to be the biggest crypto heist in history. 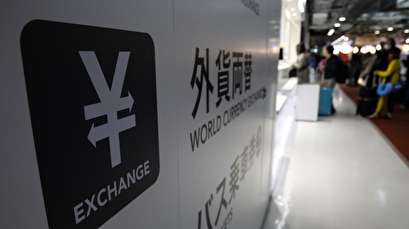 TEHRAN, Young Journalists Club (YJC) -The Japanese cryptocurrency exchange Coincheck has suspended trading and withdrawals, saying it “deeply regrets” the loss of tokens worth some $500 million in what appears to be the biggest crypto heist in history.

Coincheck confirmed late Friday that the unknown hackers might have stolen some 500 million NEM tokens (worth up to ¥58 billion or around $532 million at the time of the incident), which makes it the biggest ever theft from a cryptocurrency exchange. The previous record-holder was Mt.Gox, a world leading bitcoin exchange, in February 2014 when some 850,000 bitcoins (worth $390 million at the time) were stolen from the platform, preceding its eventual demise.

This time the heist affected only NEM [coin symbol XEM] cryptocurrency, which is currently the 10th largest virtual currency according to CoinMarketCap. XEM was created by NEM foundation and is based on a blockchain technology. Since the incident become public, the token price plunged more than 15 percent from the day’s high of around $1.02 down to $0.85.

The illegitimate withdrawal of the cryptocurrency was discovered on Friday morning. Coincheck rushed to suspend all withdrawals of NEM, as well as sales and purchases. By Friday evening, the ban on withdrawals was extended to all currencies. Trading has also been halted for all cryptocurrencies, expect bitcoin.

Coincheck CEO Koichiro Wada and Chief Operating Officer Yusuke Otsuka said it is so far unclear who was responsible for the hack, how it was perpetrated and what damage has been done.

Police and the Japanese government’s financial regulator, the Financial Services Agency, have been notified of the breach, they said. Police cars were spotted at the exchange’s offices late on Friday.

Share to
Related News
Get ready for most cryptocurrencies to hit zero – Goldman Sachs
It's getting harder to buy bitcoin with a credit card
India cracking down on ‘illegal’ cryptocurrencies
Half the world will be using cryptocurrencies in 5 years
Bitcoin could hit $50,000 this year & such volatility is normal, expert tells RT
Despite sanctions, North Korea exported coal to South and Japan via Russia - intelligence sources
Oil dips on higher U.S. fuel stocks, but overall market remains supported
Dollar bounces amid brewing trade policy worries
Is Japan aiming its US-bought missile systems at Russia & China?
Tags
Japanese ، exchange Coincheck ، deeply sorry
Your Comment