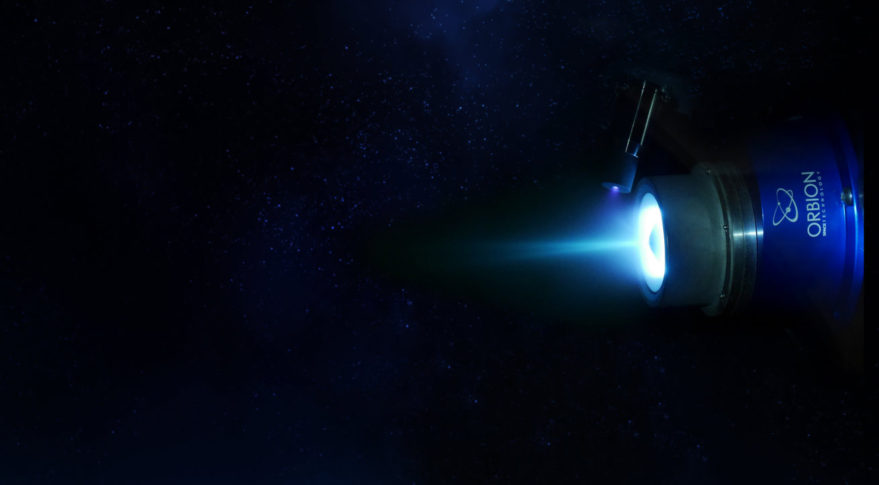 Orbion, a Houghton, Michigan-based company founded in 2016, joins a list of firms that have secured investor dollars for electric smallsat propulsion systems over the past two years, including Accion Systems in Boston, Indian startup Bellatrix Aerospace, and French startups ExoTrail and ThrustMe.

Orbion’s distinction is in its approach to manufacturing, CEO Brad King said in an interview. The company is modelling its Aurora thruster production after the approach defense contractors use to build tactical missiles, he said.

“Tactical missiles are built a few hundred per year, they cost a few hundreds of thousands of dollars each, they have to operate in space, and they have to be incredibly reliable,” King said. “We modelled our manufacturing on the tactical missile strategy, and in so doing, the infrastructure and design that allows us to develop these products in days rather than many, many months.”

Orbion aims to eventually build and ship thrusters in six to eight days from receiving an order.

Orbion plans to use its new capital to fully test and qualify its Aurora thruster system ahead of a third-quarter 2020 customer delivery, King said. He declined to name the customer, but said Orbion’s Hall-effect plasma thrusters have commercial and government buyers.

The capital will also go toward completing its mass manufacturing infrastructure in the U.S., he said. Orbion plans to refit an existing factory in partnership with an unnamed aerospace and defense company to enable volume production in 18 to 24 months, he said.

By focusing on Hall thrusters, a type of electric thruster that large satellites have long used for stationkeeping, King argues that Orbion won’t have to overcome challenges of new technologies like other startups.

“The key really is just adopting manufacturing developed for scale,” King said. “We designed from scratch a Hall thruster system that was intended for mass production.”