Tehran 03 May _Worldwide, over 3,421,834 people have now been infected with the new coronavirus, which causes the respiratory disease COVID-19. 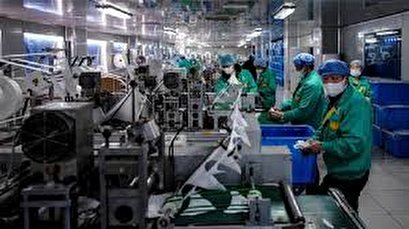 The pandemic has also killed more than 243,524 people across the globe, according to the latest data collected by Johns Hopkins University.

Many countries have already managed to bring the virus outbreak under control and eased lockdown restrictions that confined hundreds of millions of people to their homes; however, many others are still struggling to rein in the spread.

The US, which stands on the top of the world’s worst-hit nations — with 1,132,315 cases and 66,364 deaths — has now given a Swiss drug-maker giant an emergency use authorization for an antibody test.

The test — with specificity greater than 99.8% — can determine if people have ever been infected with the virus and developed antibodies against it.

Roche said it has already started shipping the new test to top laboratories globally and will step up production to “high double-digit millions per month.”

Meanwhile, China — the first ever nation to report the coronavirus late last year — reported only two new cases, and no additional deaths.

The national Health Commission reported a total number of 82,877 cases and 4,633 deaths on the mainland from the viral infection, which first emerged in the central city of Wuhan in December 2019.

As China has eased curbs on travel and relaxed rules on quarantine, the country’s most populous cities started to see a spike in the number of outbound travelers on Saturday, the first day of a long holiday weekend in China.

The number of people traveling outside their home cities jumped nearly 50 percent at the start of the Labor Day weekend, according to Reuters.

The Ministry of Transportation expects 23.36 million travelers a day during the five-day holiday.

South Korea reported 13 new cases of infection, but no additional deaths as of Sunday morning.

The Korea Centers for Disease Control and Prevention has so far reported 10,793 cases of COVID-19 and 250 deaths.

COVID-19 on the rise in India’s crowded jails

Meanwhile, India is struggling with the rise of COVID-19 cases in its crowded prisons, raising concern among health experts who warned that the facilities are serving as breeding grounds for the virus.

That has prompted authorities to impose jail lockdowns and release thousands of pretrial detainees on parole.

“It is a terrifying situation,” said Madhurima Dhanuka, head of the Prison Reforms Program for the Commonwealth Human Rights Initiative.“If measures aren’t taken soon, then things can become extremely difficult.”

There are no official numbers on how many prisoners have been infected, though.