TEHRAN, August 3, YJC - Leader of the Islamic Revolution Ayatollah Seyed Ali Khamenei reiterated the importance of the Resistance Economy, calling on Iranian President Hassan Rouhani to implement the policies of the plan to help tackle the country’s economic woes. 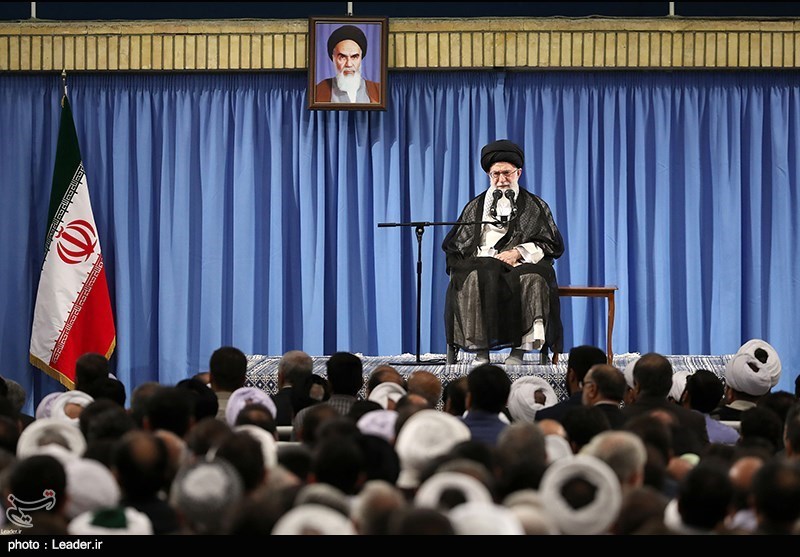 TEHRAN, Young Journalists Club (YJC) - “I once more deem it necessary to stress the importance of implementing the economy of resistance, paying special attention to the issue of employment and domestic production,” Ayatollah Khamenei said in the validation edict during the endorsement ceremony of President Rouhani.

The Leader officially authorized Rouhani to take the office for the second time in the ceremony in the capital, Tehran, attended by senior Iranian and foreign officials.
Following is the full text of the decree by Ayatollah Khamenei:

In the Name of Allah, the Beneficent, the Merciful

I thank Allah the Exalted for making the great people of Iran proud during yet another notable political and social test, and for turning their auspicious presence –in one of the most fundamental national movements– into a lofty step towards protecting the dignity and security of the country and the magnificence of the holy Islamic Republic.

The enthusiastic elections, the long line of voters throughout the country, the high turnout of participants in electing the President, and also the overwhelming votes that the President-elect won, are all clear signs of the Islamic government's success in strengthening and establishing the Islamic Republic and the people-based characteristic of this revolutionary government. It is one of the most important and fundamental capabilities of our dear Islamic country –one of its countless capabilities– which makes the achievement of lofty revolutionary ideals possible, a harbinger of a bright future for the country and for the nation.

With the guidance and blessings of God, in the shade of the Great Imam of the Age's (may our souls be sacrificed for his sake) attention and benevolence; and by following the people of Iran's lead, I hereby endorse their votes, appointing the honorable scholar, Hujjatul-Islam Dr. Hassan Rouhani, as the President of the Islamic Republic of Iran. I consider this occasion as a good sign, because it coincides with the days leading to the birth anniversary of Hazrat Abi al-Hassan ar-Ridha (thousands of greetings and compliments be upon him).

I pray for his success; furthermore, I strongly recommend that he use this sensitive position as a tool for gaining divine satisfaction and as a provision for the time he meets with God. He should focus his efforts on administering justice, advocating for the underprivileged classes, enforcing the rules of original Islam, strengthening national unity and dignity, attending to the massive capabilities and capacities of the country, and being outspoken in highlighting the values and principles of the Islamic Revolution.

He should be confident that the valorous and courageous people of Iran will not leave the servants of the country alone, in times of difficulty or while confronting the aggression and greed of arrogance, Tasnim quoted him as saying.

I once more deem it necessary to stress the importance of implementing the economy of resistance, paying special attention to the issue of employment and domestic production. I would like to reiterate that the vote of the people and their "endorsement" depends upon preserving and observing one's commitment towards the straight path of Islam and the Revolution.

Finally, I would like to commemorate our dear late Imam, I send my greetings to his immaculate soul and to the souls of martyrs on this path.