US: Nuclear missile test ‘not a response to North Korea’ 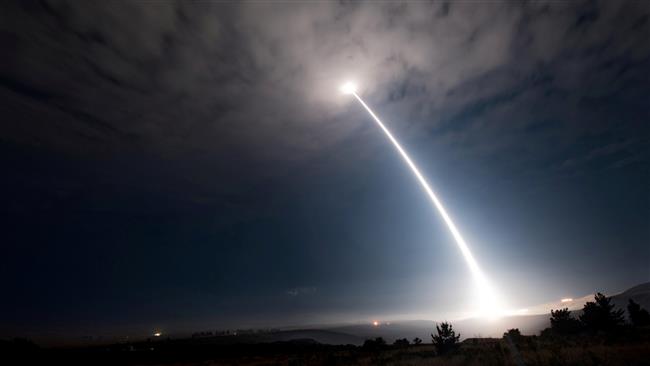 The ICBM was launched at around 2 am local time from the Air Force's North Vandenberg Air Force Base, nearly 130 miles northwest of Los Angeles.

"While not a response to recent North Korean actions, the test demonstrates that the United States' nuclear enterprise is safe, secure, effective and ready to be able to deter, detect and defend against attacks on the United States and its allies," the USAF said in a statement.

Pentagon spokesman Capt. Jeff Davis said Monday that the Minuteman’s flight was the longest light of a ballistic missile in the country's history.

After traveling some 4,200 miles (6,800 kilometers) across the Pacific, the missile landed at a target area in Kwajalein Atoll. This was the missile’s fourth test this year.

The US and North Korea have long been engaged in a standoff over Pyongyang’s development of ballistic missiles and nuclear weapons.

The test came days after the North’s successful launch of a Hwasong-14 missile on Friday, claiming that it was capable of reaching the US soil.

US intelligence officials confirmed to the media later on that Pyongyang had indeed obtained the missile technology to “hit most of the US.”

Before the Minuteman’s launch, the US had carried out a series of high-profile ballistic missile intercept tests both in America and abroad.

On Sunday, the USAF said it had successfully tested a Terminal High Altitude Defense (THAAD) missile system in Alaska. The missile system is often touted by Washington as a shield against North Korean missiles, Presstv reported.

Having deployed batteries of THAAD and other missile defense systems to the Korean Peninsula and on warships dwelling the regional waters, the Pentagon has also conducted similar missile drills with South Korea and Japan, the North’s main regional adversaries.

In a direct response to the July 28 test by Pyongyang, the US sent two supersonic B-1 bombers to fly in coordination with Korean and Japanese aircraft over the peninsula.