TEHRAN, August 6, YJC - A ranking Iranian military official reminded foreigners in the Persian Gulf of the response they would receive from Iranian naval forces for any misbehavior and violation of maritime regulations. 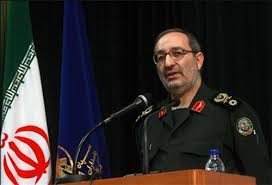 Highlighting Iran’s “professional” naval conducts in the Persian Gulf that are in compliance with international regulations, the general blamed the US for its provocative measures in regional waters and its attempts to wage media propaganda against Iran.

The comments came after two recent encounters between the Islamic Revolution Guards Corps (IRGC) Navy and the US forces in the Persian Gulf.

In remarks in June 2016, Leader of the Islamic Revolution Ayatollah Seyed Ali Khamenei underlined that security of the Persian Gulf region comes within the purview of the regional countries alone, and dismissed the US claim of seeking security in the region.