TEHRAN, August 9, YJC - Germany called on the US and North Korea to exercise “restraint,” after fiery exchanges between the two over an apocalyptic war caused stock markets to crash. 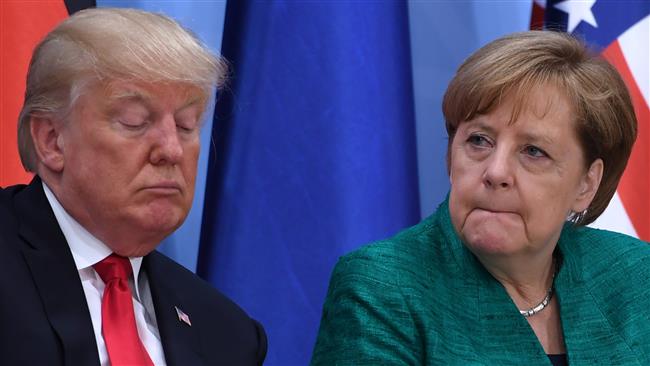 "That is why we call on all sides to use restraint," he added, noting that Berlin still viewed the North as the clear "provocateur in this case and the source of our worries."

On Tuesday, US President Donald Trump said North Korea “will be met with fire and fury like the world has never seen” if it continues to threaten the US, after North Korea warned it would teach the US a "severe lesson" with its nuclear weapons if Washington would dare to opt for military action against Pyongyang.

Following the American head of state’s inflammatory remarks, Pyongyang said it was "carefully examining" a plan to strike the American Pacific territory of Guam with its array of advanced ballistic missiles.

The two sides have been engaged in a heated standoff over Pyongyang’s recurrent test-launches of ballistic missiles that Washington says are capable of hitting most of the US mainland. The North’s nuclear tests have also irked the US.

According to Schaefer, Berlin was convinced that a "military option" was not "the answer in the quest for a nuclear weapon-free" region.

Instead, the German official called on the international community to "thoroughly implement" the UN Security Council’s latest round of sanctions against Pyongyang.

Adopted on Saturday with support from China and Russia, the bans are expected to cut North Korea’s $3 billion annual export revenue by a third.

Schaefer said Germany favored a diplomatic solution and backed a call by US Secretary of State Rex Tillerson to resume talks with Pyongyang if it agreed to stop ballistic missile tests.

Berlin’s concerns were echoed by a spokeswoman for German Chancellor Angela Merkel, widely referred to as the European Union's most influential leader.

"The goal of the German government is to avoid further military escalation and to resolve peacefully the conflicts in the North Pacific region," spokeswoman Ulrike Demmer said.

Trump’s “fire and fury” remarks caused chaos in stock markets across the world, with investors rushing to sell off their shares and buy gold and other safe alternatives amid an uncertain future.