TEHRAN, August 16 - Iran’s defensive missile program is part of its “national interests,” Russian Foreign Minister Sergey Lavrov said, asserting that the new US sanctions against the Islamic Republic over its missile activities are “illegitimate”. 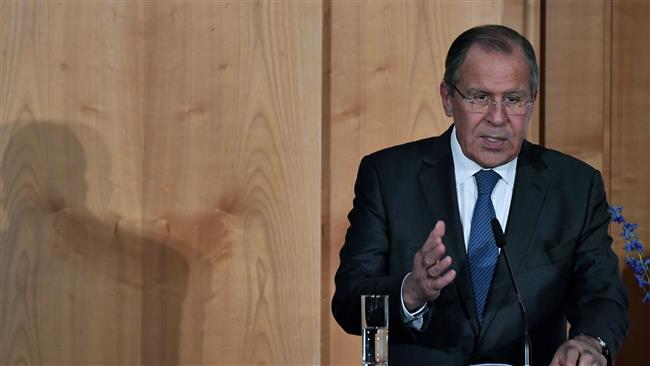 TEHRAN, Young Journalists Club (YJC) - Speaking to reporters in a news conference on Wednesday, Lavrov said Iran’s development of an array of ballistic missiles was not in violation of the UN Security Council’s Resolution 2231, adopted in July 2015 to endorse the landmark nuclear agreement, known as the Joint Comprehensive Plan of Action (JCPOA.)

"The missile program is Iran’s internal affair. Iran is not prohibited from having it," Lavrov said. "The UN Security Council’s resolution contains no legal bans on that score."
'Illegitimate' pressure

The Russian top diplomat warned the US against upsetting the balance of the deal in favor of its own interests by resorting to unilateral measures.

Washington has on several occasions slapped new sanctions against Iran over its missile program, most recent of which was on July 28.

"Unilateral sanctions are essentially illegitimate. When these sanctions are used to upset the balance on a certain problem in favor of some party, and such a balance was achieved on the Iranian nuclear program, these are irresponsible moves, which may upset and undermine that balance," Lavrov said.

"One should not come up with such provocations, since the issue at hand is the interests of a vast region where we would like to secure a non-nuclear status rather than some individual country’s national interests," he added.

Iranian President Hassan Rouhani warned earlier this week that Tehran’s nuclear program could quickly return to its pre-JCPOA status in case the US continued its hostile attitude.

He noted that both the International Atomic Energy Agency (IAEA) and the administration of US President Donald Trump had time and again confirmed Iran’s compliance to the deal.

Elsewhere, Lavrov weighed in on the aggravating tensions between the US and North Korea and said Russia was not in favor of economic sanctions that were meant to “suffocate” Pyongyang and its people.

"We cannot support the ideas that some of our partners continue to nourish and that are aimed literally at the economic suffocation of North Korea with all the negative, tragic humanitarian consequences for the North Korean citizens," Lavrov said, noting that the possibilities for economic pressure on North Korea had almost been "exhausted."

The standoff was intensified earlier this month after Trump threatened Pyongyang with “fire and fury” over its missile program. The North hit back by threatening a missile strike against the US Pacific territory of Guam.

"We are noting that this rhetoric has quieted down recently, and it is probably to be hoped that the hot heads have cooled down," Lavrov said.