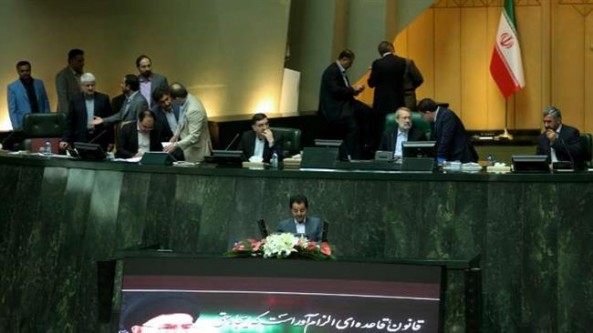 TEHRAN, Young Journalists Club (YJC) - After listening to the President’s last defends of his offered candidate Ministers, today, on Sunday, the Iranian lawmakers will express their opinions about the qualification of each of the very candidates.

The legislature started debating the credentials of the 17 candidates over the 5 past days, from Tuesday. The debate continued in open sessions on Wednesday and Thursday, and then on Saturday.

Studying the proposed plans of the nominees for about two weeks, today the lawmakers will announce that whether these 17 candidates are deserved to take the 17 seats of Iran’s Ministries.

Rouhani won re-election back in May. He took the oath of office earlier this month after being formally endorsed as the Iranian chief executive by Leader of the Islamic Revolution Ayatollah Seyyed Ali Khamenei. He, then, was supposed to arrange his cabinet, receiving the confidence vote from Parliament.