TEHRAN, August 22 - One of the Middle East’s biggest gold mines in northwest Iran has beat quarterly production estimates, yielding 142,000 tonnes of recoverable reserves in the four months since March 20. 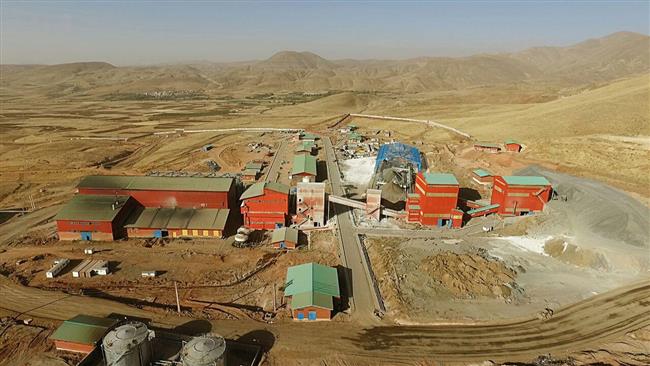 TEHRAN, Young Journalists Club (YJC) - The figure is 3.5 times above the forecast for recovery from Zarshuran mine in Takab, which is believed to hold 110 tonnes of pure gold in reserves.

“According to the plan, the extraction of 40,000 tonnes had been forecast but more than 142,000 tonnes of minerals were recovered during the period,” the state-owned holding company active in mining IMIDRO said in a statement.

Zarshuran is intended for further expansion, after which it is estimated to produce 6 tonnes of gold a year and double the country’s overall yield. This could significantly improve Iran's place among the world’s producers of the precious metal.

Production from Zarshuran in Iran’s West Azerbaijan began in November 2014 with the inauguration of a facility capable of processing 3 tonnes of gold on top of 2.5 tonnes of silver and one tonne of mercury per year.

The Zarshuran gold complex is one of the most important mineral projects, which is referred to as the "golden giant of Iran."

At best, Iran is ranked as the world's 54th gold producer but investment in the country's gold mines is showing a growing trend during the last few years as global gold prices have been rising.