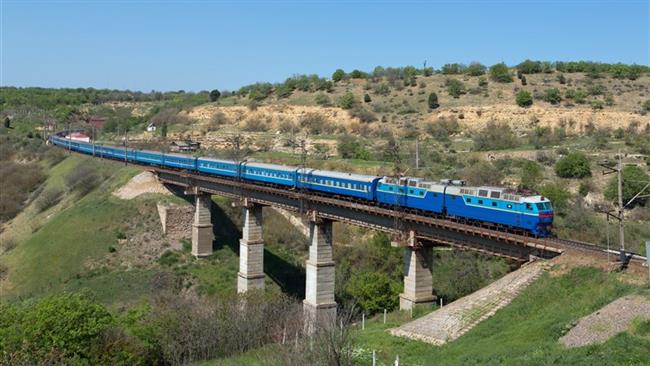 TEHRAN, Young Journalists Club (YJC) - Head of the Islamic Republic of Iran Railways for northern network, Yusef Gheranpasha, said the bank will finance the electrification of the line between the cities of Garmsar and Gorgan.

“With the agreement of the Russian bank to provide finance, the project will soon be put into the implementation phase and become operational within three years,” the official said without identifying the lender.

The loan is related to a 1.2 billion euro deal that Russia and Iran signed to electrify the Garmsar to Inche Burun line during a visit by Russian President Vladimir Putin to Tehran in November 2015.

The railway line extends into Turkmenistan and Kazakhstan, linking Central Asia to the Persian Gulf and beyond.

Russian Railways officials have said the company will start the project in 2018. The contract covers design, sourcing of materials and equipment and construction of 32 stations and 95 tunnels, 7 traction substations, 11 section pillars, 6 duty posts of the contact station and the power supply administration building.

Russia will be financing the project as part of its $5 billion credit line for infrastructure projects in Iran. Russian state lender Vnesheconombank will grant another 2 billion euro export loan to the Islamic Republic.

The news came amid the World Bank's announcement that it was not currently looking to finance any projects in Iran.

"We are not considering financing any projects in Iran right now," Reuters quoted an unnamed World Bank spokesman as saying Tuesday.

The Russians have also announced readiness to electrify the 600 km railway route between Tehran and the northwestern city of Tabriz, which is also eyed by the Germans and Italians.

Transmashholding will hold an 80% stake in the joint venture, taking over Iran’s Wagon Pars Company to produce railroad cars in the country.

It was among the biggest contracts which Iran has signed with international companies after the removal of sanctions on the Islamic Republic.

In July, Iran signed another deal worth 1.2 billion euros with Italy’s state railway company Ferrovie dello Stato (FS) to build a high-speed railway between the central cities of Arak and Qom.

Later in the month, French transport company Alstom signed a joint agreement for the construction of subway carriages in Iran.

The Export-Import Bank of China (EXIM) also signed a $1.5 billion deal to finance the electrification of a high-speed rail line between the Iranian cities of Tehran and Mashhad.

The projects are part of Iran’s $25 billion investment roadmap over the next 10 years to modernize and expand the country’s railway network.