TEHRAN, August 25, YJC - Iran blasted Trump’s new strategy in Afghanistan, saying Washington must stop meddling in the domestic matters of other countries and abandon its “destabilizing” policies in the region. 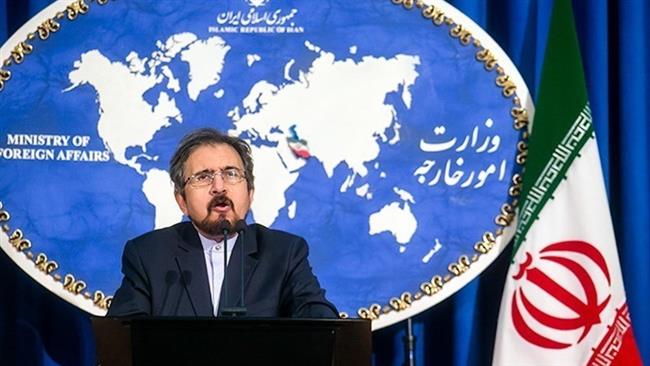 TEHRAN, Young Journalists Club (YJC) - Earlier this week, US President Donald Trump said he was committed to a prolonged US military presence in Afghanistan as long as there is "determination and progress” in the South Asian country.

He also took a tough line with Pakistan, warning Islamabad against providing terrorists with “safe havens.”

“What the US today is condemning other countries for is the very outcome of its own wrong and irrational policies over the years in the region and particularly in Afghanistan,” Iranian Foreign Ministry Spokesman Bahram Qassemi said Thursday night.

Washington’s “opportunistic strategies and unilateral policies, coupled with its wrong interventions, have only intensified chaos and tension and spread terrorism and extremism across the region,” he added.

Advising the Trump White House against adopting meddlesome policies and deciding for other nations, Qassemi said, “The countries of the region have the required capacity to cooperate on the fight against terrorism and maintain stability and security in their own region."

The countries in the region "do not need America’s destabilizing and terrorist-breeding policies.”

Trump’s announcement marked a clear U-turn from his campaign pledges to end the now 16-year-long occupation of Afghanistan.

"My original instinct was to pull out, and historically I like following my instincts, but all of my life I heard that decisions are much different when you sit behind the desk in the Oval Office,” he said Monday.

Trump's administration has been under overwhelming pressure to “turn the tide in Afghanistan,” to borrow Republican Senator John McCain’s words.

The US invaded Afghanistan in 2001 to allegedly eradicate the Taliban and other terror groups. After 16 years of deadly clashes, however, the Taliban are seemingly stronger while the Daesh Takfiri group has also gained a foothold in the country.

The second-longest war in the US history has also killed over 2,000 American soldiers and injured 20,000 more. It has also cost the US economy more than $714 billion.

Share to
Related News
Islamabad appreciates Iran’s stance against anti-Pakistan US strategy
Stephen Lendman says US military came to Afghanistan to stay
We will make Afghanistan the US' graveyard: Taliban
Trump unveils new strategy to prolong military presence in Afghanistan
Tags
Iran ، US ، Afghanistan
Your Comment