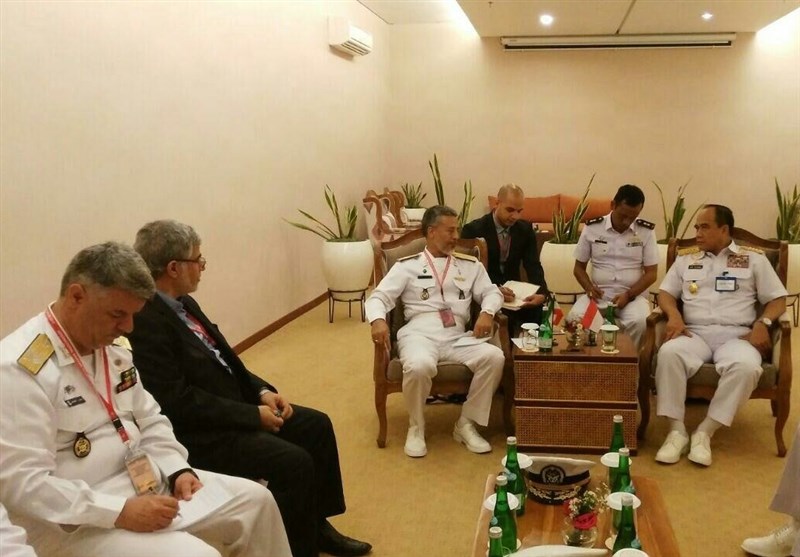 TEHRAN, Young Journalists Club (YJC) - In their meeting held in the Indonesian island of Bali on Thursday, Admiral Sayyari called for closer cooperation between the two navies in various areas, including military training, joint war games, and radical overhaul of vessels, helicopters, and drones.

The commander also expressed his gratitude to the Indonesian government for inviting the Iranian delegation to attend the 3rd International Maritime Security Symposium (IMSS) 2017 in Nusa Dua, Bali.

Admiral Sayyari further expressed the hope that coordination and cooperation among all countries would develop by holding such symposiums and conferences.

Navy personnel from 43 countries have attended the two-day meeting in Nusa Dua to discuss ways to strengthen cooperation on maritime security among their respective countries.

Officially opened on Thursday, the IMSS 2017 aims to tackle various global and regional maritime security issues, according to the Jakarta Post.

Supandi has said the symposium is important because many maritime security issues need to be discussed.