TEHRAN, August 30- To respond Bolton’s anti-JCPOA plan, Iran’s FM says this is not the first time he pursues such an ineffectual policy. 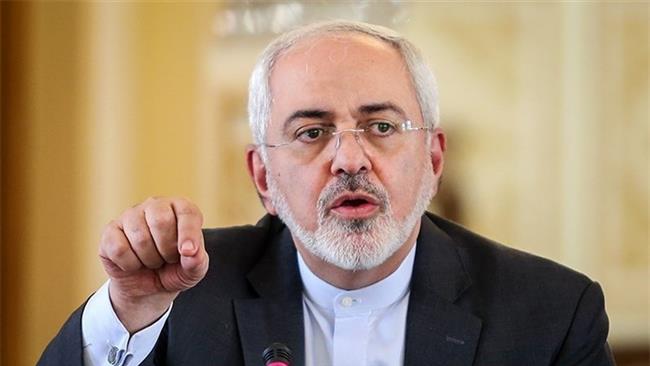 TEHRAN, Young Journalists Club (YJC) - In response to the former US ambassador to the UN John Bolton’s plan to make the US exit from the JCPOA , Iranian Foreign Minister Mohammad Javad Zarif said “injudiciousness and extremism correlate and and these two are considered as outstanding instances of a policy based on insanity and bullying logic whose failure has time and again been proven”.

Zarif added that the plan which Bolton apparently could not have sent to White House directly will surly be a fiasco for the US and will cause the country becomes more isolated in the world.

The Iranian FM referred to Bolton’s pursuing the policy of cancelling Iran’s Uranium enrichment for 10 years and noted that the result was otherwise; Iran’s 200 centrifuges increased to 20000, an achievement which brought the Americans to the table of negotiation.

Zarif believed that the US people also are well aware of the failure of the policies pursued by Bolton and persons of his ilk. “surely the international community has shown the Americans also that pursuing these policies just leads to the isolation of the US and is of no good result for them” he asserted.

The former US ambassador to the UN John Bolton had criticized the JCPOA and called it a threat to the US national security, proposing a plan to White House in order for the US exits the deal.

Iran and the five permanent members of the UN Security Council – the United States, Britain, France, Russia and China – plus Germany reached the JCPOA on July 14, 2015 and began implementing it in January 2016.