TEHRAN, September 12 - Hurricanes Harvey and Irma might have caused up to $200 billion in damage to the US states of Texas and Florida, similar to the costs from Hurricane Katrina that devastated New Orleans in 2005, according to an estimate from Moody's Analytics. 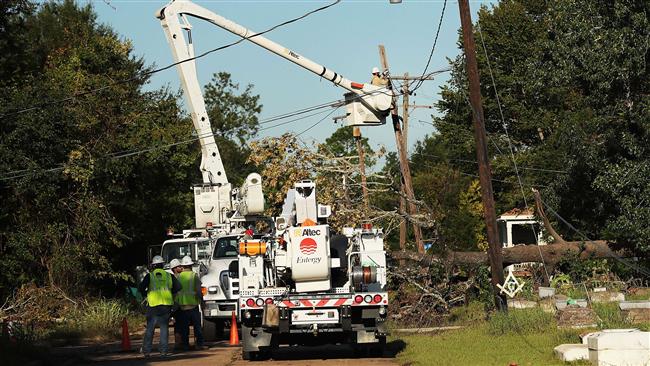 TEHRAN, Young Journalists Club (YJC) - Harvey battered Houston with record amounts of rain and flooding last month, killing more than 70 people. Irma wreaked havoc across much of Florida and other southeastern coastal states over the past few days. The storm has claimed at least seven lives and left over six million people without power.

"While at this point it’s hard to know how much [damage there is], the storms seem likely to have caused $150 billion to $200 billion in total damage to homes and furnishings, vehicles, commercial real estate, and public infrastructure. This is comparable to the property loss resulting from Hurricane Katrina," Mark Zandi, chief economist at Moody's Analytics, said.

The economist added that a critical factor in determining the effect on the economy is "how much insurance money and government aid flows to the impacted regions, and how quickly these funds get there.”

Economists expect the recent storms to lower the US economic growth by about one percentage point in the third quarter of this year.

Harvey knocked offline almost a quarter of US oil refining capacity and caused widespread power outages, bringing the Houston metropolitan area to a standstill. The impact was visible in last week’s rise in unemployment claims, the biggest since 2012.

Irma threatened $1.2 billion worth of crops in Florida. This could lead to higher prices of food for some time.

“The lower GDP for sure will be offset by the rebuilding, and the inflation is a question mark.”

Scientists say climate change alone cannot be blamed for the hurricane count in any single season, but it is making the consequences worse.

A US government report has shown that global warming helped fuel the hottest year on record in 2016. The report released last month by the National Oceanic and Atmospheric Administration also found that greenhouse gas concentrations were reaching a new high.

A study released in July by the Union of Concerned Scientists said dozens of US cities may face chronic flooding over the next few decades if global warming is not mitigated.