‘Faced with Russians & Iranians 24/7’: Israel calls for US to be more active in Syria

TEHRAN, October 4 - The Israeli defense minister has urged Washington to engage more in Syria, where President Bashar Assad "is winning." 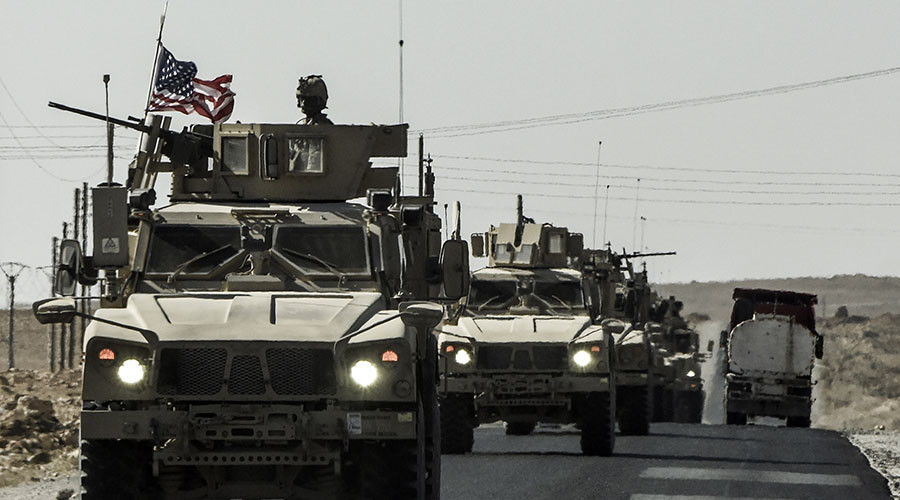 TEHRAN, Young Journalists Club (YJC) - The Israeli defense minister has urged Washington to engage more in Syria, where President Bashar Assad "is winning." The official has asked for increased US involvement, saying Israel is struggling to deal with the "Russians, Iranians, and also the Turks and Hezbollah."

"We hope that the United States will be more active in the Syrian arena and in the Middle East in general,” Avigdor Lieberman said in an interview with Israel's Walla news on Tuesday.

“In the northern arena, we are faced with the Russians, Iranians, and also the Turks and Hezbollah. The public does not know everything and it's a good thing, but it's an investment and an effort 24 hours a day, seven days a week."

The minister went on to express his apparently grave concerns that "in spite of everything, Assad is winning the battle." He also called the situation in Syria "one of the greatest absurdities."

"The United States has quite a few challenges of their own, but as a trend, the more active the US is, the better," Lieberman said.

According to the right-wing Israeli official, “suddenly everyone is running to get closer to Assad,” including countries in the West “queuing” to win the Syrian president’s favor.

In another unfortunate scenario for Israel, the situation in Syria has led to widespread Iranian consolidation, according to Lieberman, who is known for his harsh statements and anti-Iranian stance.

Despite Israel generally not being involved in the Syrian war, there has long been a concern that the situation would see some of its main foes – Iran and Hezbollah, the Lebanese militant organization designated as a terrorist group by Israel and the US – gain a foothold of power in Syria.

Claiming “errant projectiles” from Syrian territory have reached Israel, the IDF has on several occasions targeted positions of the Syrian Army and allied forces. The Israeli military have also targeted military convoys within Syria, claiming they were carrying weapons for Hezbollah.

In a recent development in the region, Israel endorsed a referendum on the creation of an independent Kurdish state, despite a number of other nations having condemned the vote. Having warned that the Kurds' independence drive is a threat to the whole region, the Hezbollah chief, Sayyed Hassan Nasrallah has called the referendum a part of the US-Israeli plot to carve up the Middle East, saying that those nations are back on course to plunge the region into chaos by sowing division.