TEHRAN, October 4 -Humanitarian organizations helping Rohingya Muslim refugees in Bangladesh said on Wednesday they need $434 million over the next six months to help up to 1.2 million people. 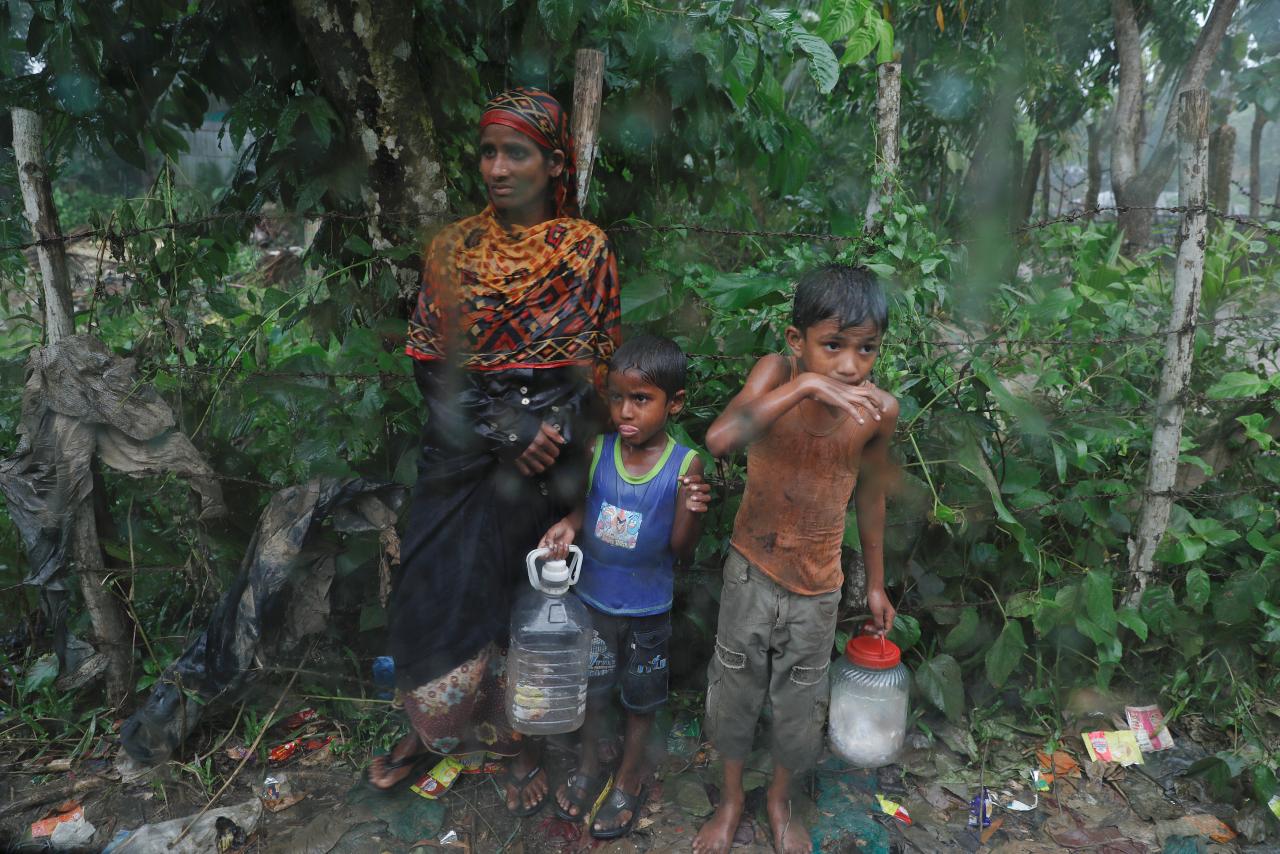 TEHRAN, Young Journalists Club (YJC)- Humanitarian organizations helping Rohingya Muslim refugees in Bangladesh said on Wednesday they need $434 million over the next six months to help up to 1.2 million people, most of them children, in dire need of life-saving assistance.

There are an estimated 809,000 Rohingya sheltering in Bangladesh after fleeing violence and persecution in Myanmar, more than half a million of whom have arrived since Aug. 25 to join 300,000 Rohingya who are already there.

“The Rohingya population in Cox’s Bazar is highly vulnerable, many having experienced severe trauma, and are now living in extremely difficult conditions,” Robert Watkins, U.N. resident coordinator in Bangladesh, said in a statement, referring to the area where most Rohingya are living.

Bangladesh and humanitarian organizations are struggling to help the 509,000 Rohingya who have arrived since attacks by Rohingya militants in August triggered a Myanmar military offensive that the United Nations has branded ethnic cleansing.

Myanmar rejects accusations of ethnic cleansing. It says its forces are fighting insurgents of the Arakan Rohingya Salvation Army (ARSA) who claimed responsibility for attacks on about 30 police posts and an army camp on Aug. 25.

The insurgents were also behind similar but smaller attacks in October last year that led to a brutal Myanmar army response triggering the flight of 87,000 Rohingya to Bangladesh.

The aid agencies’ plan factors in the possibility of another 91,000 refugees arriving, as the influx continues, Watkins said.

“The plan targets 1.2 million people, including all Rohingya refugees, and 300,000 Bangladeshi host communities over the next six months,” he said.

Half a million people need food while 100,000 emergency shelters are required. More than half the refugees are children, while 24,000 pregnant women need maternity care, the agencies said.

“Massive and immediate scale-up is required to save lives,” they said. “Without immediate, adequate water, sanitation and hygiene, there will be disease outbreaks.”

The Rohingya are regarded as illegal immigrants in Buddhist-majority Myanmar and most are stateless.

Myanmar leader Aung San Suu Kyi has faced scathing criticism for not doing more to stop the violence, although she has no power over the security forces under a military-drafted constitution.

She has condemned rights abuses and said Myanmar was ready to start a process agreed with Bangladesh in 1993 under which anyone verified as a refugee would be accepted back.

But many Rohingya are pessimistic about their chances of going home, partly because few have official papers confirming their residency.

Most are also wary about returning without an assurance of citizenship, which they fear could leave them vulnerable to the persecution and discrimination they have endured for years.

Human Rights Watch said it had found evidence that the Myanmar military had summarily executed dozens of Rohingya in a village called Maung Nu in Rakhine state, on Aug. 27, two days after the insurgent attacks triggered the violence.

The rights group said it had spoken to 14 survivors and witnesses who were now refugees in Bangladesh. They described how soldiers entered a compound where people had gathered in fear of military retaliation.

“They took several dozen Rohingya men and boys into the courtyard and then shot or stabbed them to death. Others were killed as they tried to flee,” said the rights group, which has accused Myanmar of crimes against humanity.

Spokesmen for the government, the military and police did not answer their telephones and were not available for comment. Wednesday is a holiday in Myanmar.

Reuters was not able to independently verify the report.

The U.N. committees for women’s and children’s rights called on Myanmar to immediately stop violence in Rakhine State, saying violations “being committed at the behest of the military and other security forces” may amount to crimes against humanity.

The United States and Britain have warned that the crisis risked derailing Myanmar’s progress in its transition to democracy after decades of military rule.

The World Bank said it could hit foreign investment, though it did not factor the violence into its latest forecast for Myanmar’s growth, which it cut by 0.5 percentage points for both 2017 and 2018, to 6.4 percent and 6.7 percent, respectively.

The bank said businesses appeared to have delayed investment as they awaited a clearer government economic agenda.