TEHRAN, October 10 -A Biblical doomsayer has predicted that Earth is entering seven years of “tribulation” which will see a third of the planet destroyed in an “Elysian war.” NASA isn’t so sure though. 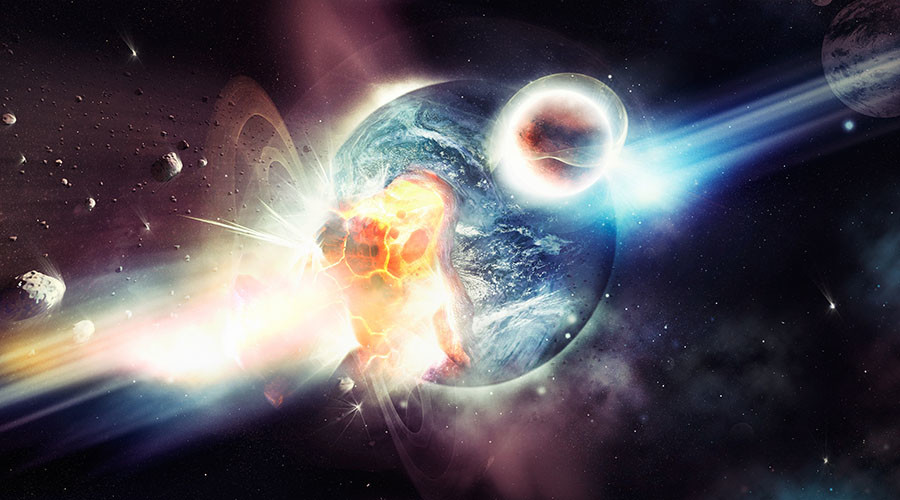 TEHRAN, Young Journalists Club (YJC) -Author David Meade has predicted that the ‘End of Days’ will begin later this month as the Earth moves into a seven-year period called the “great tribulation.”

Meade says that as part of the great tribulation there will be a heavenly war on Earth which will see the Antichrist rise out of the new world order.

The author shot to worldwide prominence last month when he was associated with a theory that stated the world was going to end on 23 September.

Meade maintains, however, that he never made that claim and, indeed, that is borne out in an interview he carried out with American talk show host Glenn Beck on September 21 in which he clearly explains that he doesn’t believe the world will end on that day.

Meade wrote a book called “Planet X” in which he predicts that the mythical space object, which is also called Nibiru, will crash into Earth and destroy a third of the planet.

With the September 23 date now out of the question, the conspiracy theorist said in an interview last week that the ‘End of Days’ will start some time in October.
He says the End of Days will bring a series of judgements, one of which will be Planet X.

"This celestial object called Planet X, or the Bible calls it ‘Wormwood’ in Chapter 8, it causes most of the damage of the Trumpet judgments. It doesn't destroy the whole earth it only destroys about a third of the Earth.”
Meade explained an increase in solar flares will herald the approach of Planet X. The electrical grid will fail and there will be widespread chaos and looting.

“It’s not the end of the world, but the end of days as prophesied in the Bible. The world is not going to end but ‘the world as you know it will end.’ It will change. Normalcy bias will cease,” Meade told RT.com.

It’s not all bad news though as Meade says that after the seven-year long great tribulation the world is heading for a glorious millennium, with “a thousand years of peace.”

“But right before that time we've got to deal with the Great Tribulation and Planet X, or wormwood, is part of the great tribulation.”

NASA has repeatedly stated that Planet X, or Nibiru or any other wayward planets, do not exist and is a mere internet hoax.

The space agency says that if a planet was on a collision course with Earth, astronomers would have been tracking it for the last decade and it would be visible to the naked eye by now.

“After searching hundreds of millions of objects across our sky, NASA's Wide-Field Infrared Survey Explorer (WISE) has turned up no evidence of the hypothesized celestial body in our solar system commonly dubbed ‘Planet X’,” it previously said in a statement.