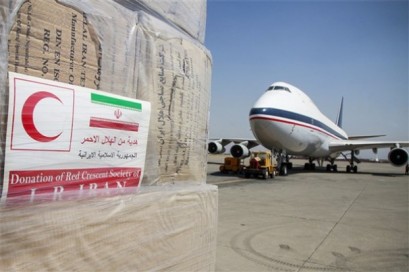 TEHRAN, Young Journalists Club (YJC) - He said that Iranian Red Crescent Society is going to send more consignments to Bangladesh, and the human aid sent so far has been distributed among Myanmar’s refugees quite well.

Iran is also going to establish field hospitals in Bangladesh to help the refugees, he added.

On September 17, Forty tons of Iran's relief aid reached the Bangladesh border with Myanmar, where tens of thousands of Rohingya Muslims were stranded after fleeing what has been called "a textbook example of ethnic cleansing" by the UN.

The head of the Iranian Red Crescent Society, Morteza Salimi, who was on board the flight to the southeastern city of Chittagong, Bangladesh, announced before the flight that Iran was ready to send another 160 tons of aid for the fleeing Rohingya minority, and is also prepared to construct emergency camps for the refugees on the Bangladesh's border with Myanmar.

Also on board the humanitarian aircraft operated my Iran’s Army was Ebrahim Rahimpour, the deputy for Asia & Pacific affairs at Iran’s Foreign Ministry. Rahimpour told reporters before the flight that due to the nature of the flight route, Iran’s embassy in Bangladesh has made efforts to facilitate the delivery of the goods.

He also expressed hope that Iran’s assistance would continue and that easier routes via maritime transport would be added for aid shipments to those fleeing to Bangladesh from Myanmar’s atrocities.

According to latest estimates, about 391,000 Rohingya refugees have crossed into Bangladesh since violence erupted three weeks ago, making it one of the fastest growing refugee crises in recent years.