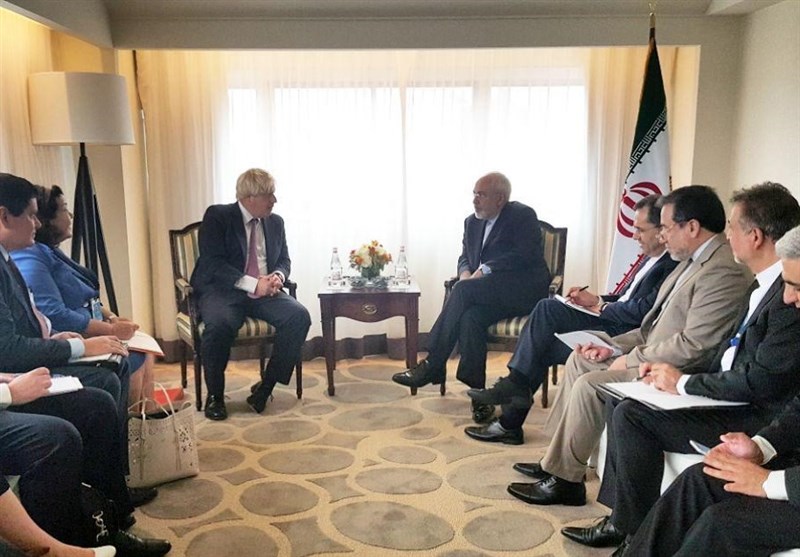 He also urged the whole parties to the nuclear agreement to remain committed to the accord.

It was the second telephone conversation between Zarif and Johnson over the past days.

Earlier on Friday, leaders of Britain, France and Germany reaffirmed their commitment to the JCPOA after US President Donald Trump refused to certify the multilateral nuclear agreement.

British Prime Minister Theresa May, French President Emmanuel Macron and German Chancellor Angela Merkel said they "stand committed to its full implementation by all sides", noting that they "take note of President Trump's decision" not to recertify Iran's compliance with the JCPOA to the US Congress and were "concerned by the possible implications."

"The nuclear deal was the culmination of 13 years of diplomacy and was a major step towards ensuring that Iran's nuclear program is not diverted for military purposes," the three leaders added.

After months of anticipation, US President Trump on Friday said his administration "cannot and will not" certify Iran's compliance with the JCPOA to Congress, as he set out a new strategy for dealing with Iran.