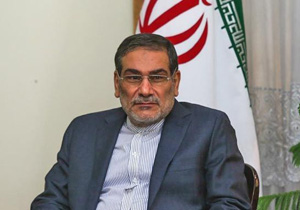 TEHRAN, Young Journalists Club (YJC) - In a message to his Afghan counterpart on Saturday, Shamkhani condemned the terrorist attacks against worshipers in two mosques in Afghanistan that claimed the lives of 63 people, and sympathized with the bereaved families of victims.

“Takfiri terrorism, which is, unfortunately, supported by… some regional countries, is a major threat to Islamic nations and countries, and can only be confronted through cooperation and adoption of common approaches,” he stressed in the message, Tasnim reported.

The cultural campaign against the ideologies that create terrorist groups like Daesh (ISIS or ISIL) should continue concurrently with military actions against the terror groups, the official added.

Suicide bombers struck two mosques in Afghanistan during Friday prayers, a Shiite mosque in Kabul and a Sunni mosque in western Ghor province, killing at least 63 people at the end of a particularly deadly week for the troubled nation.

The Daesh terrorist group later claimed responsibility for the attacks.