TEHRAN, October 23 -Iraqi Prime Minister Haider al-Abadi has paid a visit to Jordan at the end of a regional tour that included Saudi Arabia. 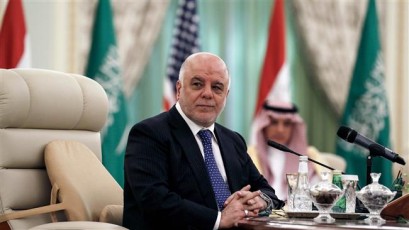 In a statement by the Royal Court, the Jordanian monarch stressed the significance of building a safe, stable and unified Iraq, which he described as a pillar of security in the Middle East region.

Extending his felicitations to Abadi on Iraq’s victories in the fight against the Daesh terrorist group, King Abdullah renewed Jordan’s full support for Iraq’s efforts to consolidate its security, territorial integrity and coherence of its people as per the provisions of the constitution.

During the meeting, Abadi briefed King Abdullah on the “significant victories the Iraqi army made in the fight against Daesh terrorist gang and Iraq’s vision for the future of the region, which is based on the development and security instead of rifts and wars.”

Abadi also met with Jordanian Prime Minister Hani Al Mulki who also congratulated the Iraqi government on the recent victories in the fight against Daesh and pledged full support for Iraq.

Mulki and Abadi also discussed bilateral ties between the two countries as well as the latest regional developments. The two sides also expressed their keenness to strengthen mutual cooperation.

Abadi began his regional tour with a visit to Saudi Arabia on Saturday.

The Iraqi premier took part in a meeting in the capital Riyadh on Sunday to establish a joint Saudi-Iraqi coordination council aimed at enhancing cooperation that was also attended by US State Secretary Rex Tillerson.

The US secretary of state has traveled to Saudi Arabia to press the Trump administration's new aggressive policy against Iran.

Tillerson said Iran and all other countries currently helping Iraq in its fight against terrorist groups need to leave the Arab country now that the battle is drawing to a close.

“Any foreign fighters in Iraq need to go home and allow the Iraqi people to regain control,” he said.

The former oil executive did not clarify whether by “all” he also meant thousands of US forces who have been deployed to Iraq to supposedly “assist” Iraqi forces in their battle against Takfiri militants.