TEHRAN, October 25-Crown Prince of Saudi Arabia Mohammed bin Salman has vowed to restore “moderate” Islam that is open to all religions in the world. Saudi Arabia is known for its ultraconservative rule. 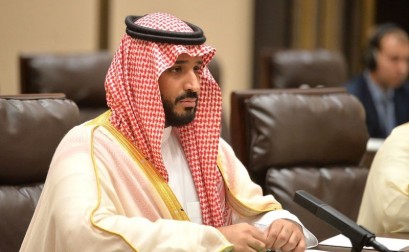 TEHRAN, Young Journalists Club (YJC) -“We are returning to what we were before – a country of moderate Islam that is open to all religions and to the world,” he said at an economic forum in Riyadh, as quoted by AFP. “We will not spend the next 30 years of our lives dealing with destructive ideas. We will destroy them today,” he added. “We will end extremism very soon.”

Riyadh is known for its adherence to ultra-conservative norms of Islam and strict segregation of men and women. It has long been the only state where women are officially forbidden to drive.

Earlier this year, the crown prince accused Tehran of promoting an “extremist ideology” and having ambitions to “control the Islamic world.” Asked if there is any room for dialogue with Iran, the 31-year-old prince replied: “How can I come to an understanding with someone, or a regime, that has an anchoring belief built on an extremist ideology?”

He said that the primary objective of the “Iranian regime is to reach the focal point of Muslims [Mecca] and we will not wait until the fight is inside Saudi Arabia and we will work so that the battle is on their side, inside Iran, not in Saudi Arabia.”

The Saudi government enforces a strict, conservative version of Sunni Islam. The Kingdom of Saudi Arabia is ruled by a Sunni monarchy known as the House of Saud, while the Islamic Republic of Iran is overwhelmingly Shia. The divisions between the Sunnis and the Shia are based on a long-running religious conflict that started as a dispute over the Prophet Mohammed’s successor. While Shia Muslims believe the prophet’s cousin should have filled the role, Sunnis support the selection of Muhammad’s close friend and adviser, Abu Bakr, as the first caliph of the Islamic nation.

Diplomatic ties between the two countries were severed in 2016 after Iranian protesters attacked the Saudi Embassy in Tehran, following the execution of prominent Shiite cleric Sheikh Nimr al-Nimr in Riyadh. Saudi Arabia’s foreign minister responded by accusing Iran of setting up “terrorist cells” inside the kingdom. Iran then issued a warning that “divine vengeance” would come to Saudi Arabia as a punishment for Nimr’s execution as well as for Riyadh’s bombing in Yemen and support for the Bahraini government. In February of this year, Iranian President Hassan Rouhani, while on a visit to Saudi ally Kuwait, said that Tehran would like to restore relations and improve ties with all its Gulf Arab neighbors.