TEHRAN, October 26 - Foreign Minister Mohammad Javad Zarif called on the US government to stop offering “fake sympathy” for the Iranian nation, saying Iranian people will not fall for such a “game.” 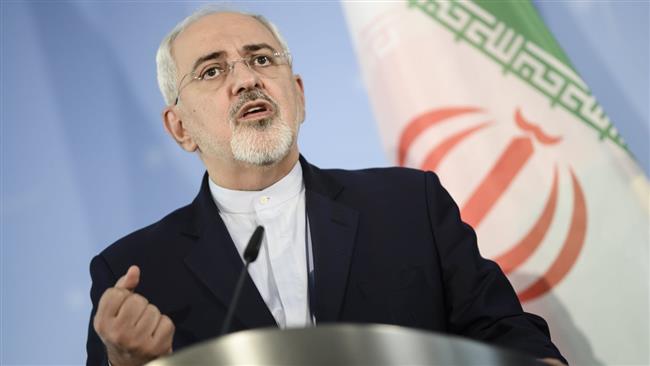 “Faux sympathy for Iranians belied by Trump’s use of fake name for Persian Gulf, calling them terrorist nation& banning them from visiting,” Zarif tweeted.

Zarif added that Iranians are impervious to such US games and its so-called sympathy.

Earlier this month, in his speech on strategic review of US policy on Iran, Trump used “Arabian Gulf” to refer to the waters separating Iran and the regional Arab states, which are historically known as the Persian Gulf.

Iranian President Hassan Rouhani, in response, urged the US president to brush up on his world history and geography to improve his comprehension of international obligations and global civility, etiquette and conventions.

Zarif further pointed to the massive turnout in Iran’s May presidential elections and told the US, “Lose the ‘standing with the Iranian people’ mantra. They elected their president w/ 6 million more popular votes & 73% turnout. Compare?”

The Iranian foreign minister’s tweets came after his US counterpart, Rex Tillerson, claimed US sanctions against Tehran are aimed at helping the Iranian people take control of their government.

Tillerson said the US was seeking to give “support for modern voices inside Iran” in a bid to bring about an eventual change of government.

Zarif also said, “US changed one elected govt in Iran— in 1953. It has tried a repeat since 79. Iranians not fooled by US game & unmoved by fake sympathy.”

He was referring the 1953 coup, engineered by US and UK spy agencies, against the government of Iran’s then democratically-elected Prime Minister Mohammad Mosaddeq.

Six decades after the notorious coup, the US Central Intelligence Agency (CIA) for the first time published a document in August 2013 which confirmed Washington’s role in the coup d’état.