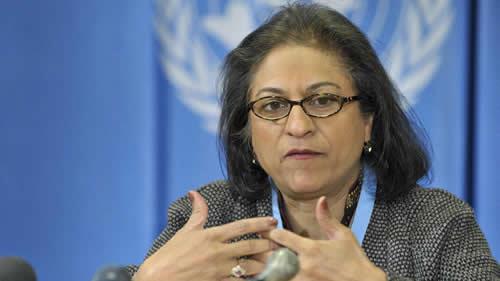 Jahangir said she had not assessed the impact of sanctions on human rights in Iran as she was not allowed to visit the country.

In response, Qassemi said such reports are warranted by an unfair resolution, which, itself, has been devised based on the political goals of certain countries, and are hence void of legitimacy and credit.

The report, he said, had turned a blind eye to illegal and unilateral US sanctions against the Iranians and 17,000 victims of terrorism in the country.

“The only determining power for support of human rights in Iran is the Iranians themselves and there is no room for outsiders," Nejad said.

He said Iran would welcome Jahangir if she wanted to visit the country provided that there were human rights rapporteurs for other 192 countries, similar to what is for Iran.