TEHRAN, October 29 -Catalan police chief, Josep Lluis Trapero, has officially resigned after the government in Madrid ordered his dismissal. In a two-page resignation letter, the commander urged his colleagues to show loyalty to the new Madrid-appointed chief of the Mossos d'Esquadra. 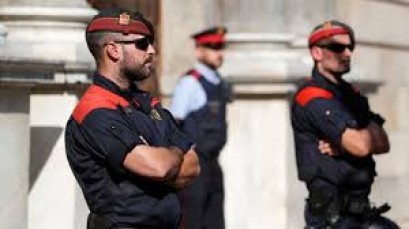 TEHRAN, Young Journalists Club (YJC) -Catalan police chief, Josep Lluis Trapero, has officially resigned after the government in Madrid ordered his dismissal. In a two-page resignation letter, the commander urged his colleagues to show loyalty to the new Madrid-appointed chief of the Mossos d'Esquadra.

The Spanish government invoked Article 155 of its constitution on Friday, suspending the Catalan government and taking over the administration of the region. Dismissing key regional officials and sacking president Carles Puigdemont, Madrid also fired Trapero, the chief of Catalonia's Mossos d'Esquadra, the regional police force.

The announcement of Trapero's dismissal, approved by the Spanish Interior Minister Juan Ignacio Zoido, was posted on the Interior Ministry’s website. Later on Saturday, Trapero, 51, a 26 year veteran of the force, submitted his two-page resignation letter.

I ask you — and you’ve always done so — to be sympathetic and stay loyal” to Ferran Lopez, a high-ranking officer from the Catalan police, who was appointed by Madrid as a new chief of Mossos, Trapero said. Lopez has served in the Mossos for 27 years and was the de-facto number two in the hierarchy. He appears to be a consensus candidate, suiting both the local force, who retain their chain of command, and Madrid, which had issues with Trapero.

Amid the ongoing standoff between Barcelona and Madrid and with snap elections ordered for December 21, there’s concerns whether or not Mossos d'Esquadra will accept the central government’s control of the region. The regional force took a much less aggressive stance than Madrid’s Civil Guard in enforcing the ban of the independence referendum on October 1, when nearly 900 people were injured.

In an effort to prevent any outbreaks of violence, the regional police force urged its officers not to take sides. “Given that there is it is likely to be an increase in gatherings and rallies of citizens in all the territory and that there are people of different thoughts, we must remember that it is our responsibility to guarantee the security of all and help these to take place without incident,” an internal memo seen Saturday by Reuters read.

Trapero is also being investigated for “sedition,” after refusing to obey Madrid's judicial order to suppress voting in Catalonia on October 1. The former police chief reportedly ordered his forces to be “especially restrictive and careful about the use of force” during the referendum. Earlier this month, Trapero was ordered by Madrid to surrender his passport and to appear in court.

Catalan National Assembly (ANC) President Jordi Sanchez, and Jordi Cuixart, the leader of Omnium Cultural, an association that promotes Catalan culture, are also being investigated for “sedition”for their role in spearheading the referendum. They are in prison without bail pending the outcome of the investigation.

Amid great uncertainty about the future of Catalonia, its leader, Puigdemont, who was fired by the Spanish government over the region’s independence declaration, has called for peaceful resistance against Madrid.

“It's very clear that the best form of defending the gains made up until now is democratic opposition to article 155,” Puigdemont said in a brief statement aired on the regional TV3 broadcaster. He further pledged to “continue working to build a free country.”