Tehran, YJC. Salek says that Reformists will continue to strive for key positions in the Rouhani administration. 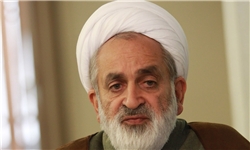 Hojatoleslam Ahmad Salek, Esfahan representative in the Majlis and a member of the Combatant Clergy Society, said "Mr. Rouhani rose to power with the motto of a government of insight and hope. He has in fact conducted a survey in social sciences to find that people are tired of extremes.”
Vice President of the Principalist Parliamentary Faction said "People are tired of the extremists from the Reform movement who created the sedition; and on the other side of those extremists from the Principalist side. Therefore Mr. Rouhani has chosen a path of foresight, hope, and moderation, so Mr. Rouhani will have a heavier task than previous administrations.”
Salek added "It would be unlikely for some Reform figures to gain the key positions in the moderate 11th administration, but of course they lay grounds so that they would be able to gain those positions.”
"The Reformists will not leave the 11th administration alone, because this is an occasion for them which they believe must seize. If Rouhani enacts the policy he said to have in mind, he is sure to use accomplished, experienced, and straight figures, because there are some figures with a lot of side issues, so much so that there are problems with their families. That is why Mr. Rouhani cannot use figures with side issues, because people are sensitive to such issues.”
Share to
Tags
salek ، ahmad ، rouhani ، reformist
Your Comment