'I’m the only one that matters', Trump says on unfilled positions

TEHRAN, November 3 -US President Donald Trump has pushed back against concerns about a number of critical positions that still remain unfilled in his administration, saying he is “the only one that matters.” 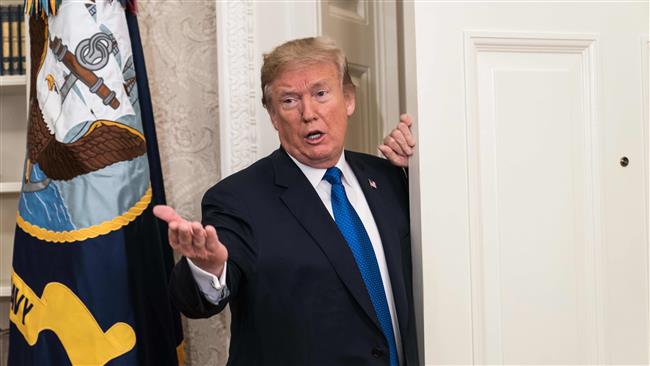 TEHRAN, Young Journalists Club (YJC) -"Let me tell you, the one that matters is me, I'm the only one that matters because when it comes to it that's what the policy is going to be," Trump said on Fox News when asked about vacancies at the State Department.

"We don't need all the people that they want," he continued. "Don't forget, I'm a business person and I tell my people, well you don't need to fill slots, don't fill them."

A number of top positions remain vacant at the State Department, among other agencies, including officials overseeing Southeast Asia and arms control.

In June, the administration proposed $37.6 billion budget for the State Department and the US Agency for International Development, a drop of about 30 percent.

Foreign policy experts decried the move, warning that it could drastically affect US foreign policy in volatile regions of the world.

Despite the unfilled positions and reports of tensions with Secretary of State Rex Tillerson, Trump suggested that the top diplomat was giving his best effort on matters of foreign policy.
"Rex is in there working hard," the president said. "He's doing his best."

Trump is way behind his four predecessors in the number of appointments confirmed by the Senate at this stage of his presidency, according to The Washington Post.

The president blamed Senate Democrats for this, while acknowledging that he has nominated fewer people.

“We have almost about half the number of people coming through as Obama had,” Trump said.