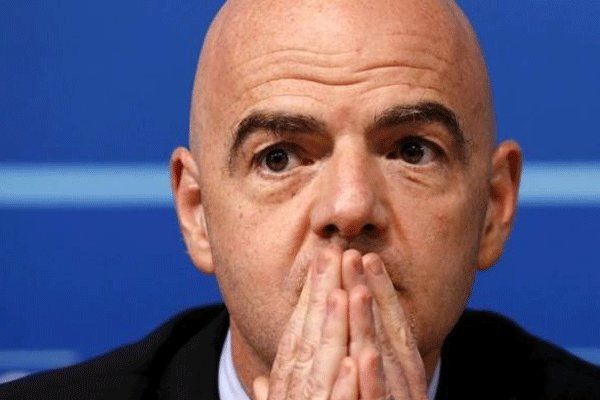 TEHRAN, Young Journalists Club (YJC) - Ashtiani passed away at the age of 71 in Tehran’s Shahid Rajaei Hospital as a result of a preexisting heart disease on Oct. 24.

"On behalf of FIFA and in my own name, I would like to express my sincere condolences to Iran Football Federation and Ebrahim Ashtiani’s family,” Infantino said.

Ashtiani began his playing career with Boostan and Poolad (under-19 and under-23 teams of Shahin) in and was promoted to the first team in 1964 by Abbas Ekrami.

After Shahin was dissolved, Ashtiani and many other players of the team joined another Tehran based club Persepolis. He played with the team in Asian Club Championship in his first season.

Ashtiani caught the eye of Hamburg SV in 1970 after a friendly match and the German club offered him a contract to join to the team, which Ashtiani rejected that to play for Persepolis until his retirement.

He also had bids from Manchester City and Al-Arabi.

Ashtiani provided an assist for Hossein Kalani in a historic 6–0 derby win against Esteghlal in September 1973.

He won the Asian Cup in Thailand in 1972 as well as the football tournament of the 1974 Asian Games in Tehran with Iran national football team.

Ashtiani made 35 appearances for the Iran national football team from 1969 to 1974 and was part of the team competing in the Olympics in Munich 1972.