TEHRAN, November 9-NATO needs civilian infrastructure in Europe to meet its growing military requirements, Secretary General Jens Stoltenberg said ahead of a meeting in Brussels. This will mean coordination with national governments and the private sector, he added. 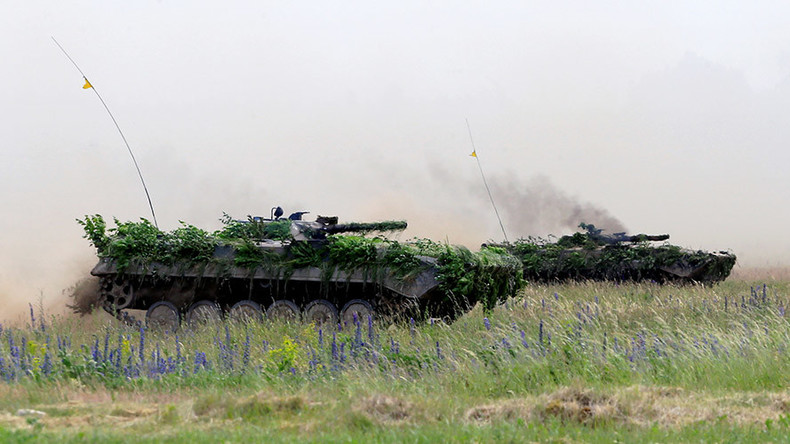 TEHRAN, Young Journalists Club (YJC) -Defense ministers from the 29 NATO states arrived in Brussels to begin discussions on a “revision” of the NATO Command Structure. What is envisioned is a new command to protect sea lines between North America and Europe, and another to “improve the movement of troops and equipment within Europe.”

Stoltenberg believes that a revision of NATO’s structure is necessary to tackle the alleged threat from Russia. Thus, for the purpose of “deterrence and collective defense,” the alliance wants European roads to be ready to handle the rapid mobilization of tanks, artillery and the like.

“This is not only about commands. We also need to ensure that roads and bridges are strong enough to take our largest vehicles, and that rail networks are equipped for the rapid deployment of tanks and heavy equipment,” Stoltenberg said Tuesday at the pre-ministerial press conference. “NATO has military requirements for civilian infrastructure, and we need to update these to ensure that current military needs are taken into account.”

NATO hopes that national governments and the private sector will cooperate to take the measures necessary, emphasizing that the European Union has an “important role to play.”

While troop and equipment movement across Europe will be demarcated, the proposed Atlantic Command, Stoltenberg believes, would strengthen the military bloc’s “ability to protect the sea lines which are so critical for a transatlantic alliance.”

“We have to be able to move forces, troops, across the Atlantic from North America to Europe. And it will include a command which is focused on and responsible for the movement of troops within Europe, which is of course also of a great importance,” Stoltenberg said.

NATO currently has seven commands with a total of some 7,000 personnel, compared with 33 and 22,000 respectively at the height of the Cold War. Stoltenberg argued that the new structure is needed to adapt to NATO’s reality in the present security climate.

“We have been very focused on out-of-area expeditionary military operations, now we have to continue to be focused on expeditionary operations but at the same time increase the focus on collective defense in Europe, and that's the reason why we are adopting the command structure,” Stoltenberg explained.

It is also hoped that there will be the possibility of integrating into the cyber domain. “In every military operation, in any foreseeable possible military mission or operation of NATO, there will be a cyber component, so cyber is more and more integrated into everything we do and therefore we will also discuss how we can strengthen... the cyber element” the secretary general said.

Russia has yet to comment on the proposed changes. Moscow, though, has repeatedly voiced concerns over NATO’s buildup on Russia’s borders, which has accelerated in the wake of the Ukrainian crisis. Late last month, Russian Defense Minister Sergey Shoigu said Moscow needs to be mindful of its western borders.

“We’re implementing a set of measures to neutralize the emerging challenges and threats,” Shoigu said. He added that the Western Military District will receive more than 1,800 pieces of new and modernized hardware by the end of this year.