TEHRAN, November 9 - US lawmakers have agreed to allocate $58 million for research and development of a ground-launched, intermediate-range missile system, which they claim would not be in violation of the crucial 1987 INF treaty with Russia which prohibits such weapons. 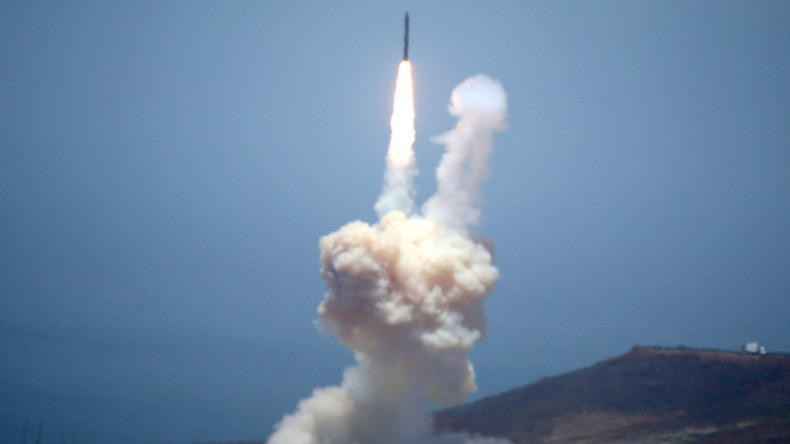 Defense Authorization Act (NDAA) for the Fiscal Year 2018. Part of the deal includes the allocation of $58 million to tackle Russia’s alleged non-compliance with the Intermediate-Range Nuclear Forces (INF) treaty.

The Senate Armed Service Committee “authorizes $58 million for measures in response to the Russian violation of the INF treaty, including a research and development program on a ground-launched intermediate-range missile, which would not place the United States in violation of the treaty,” the US lawmakers said.

Previously the US had threatened to scrap the treaty; the only US-Soviet arms control agreement extant from the Cold War era. The deal remains crucial to the stability in Europe, as it bans missiles with ranges between 500 and 5,500 kilometers. Section 1635 of the NDAA authorizes the US to develop a new missile system or modify old ones in direct violation of the INF treaty.
“The conferees took a firm view that more needs to be done to make sure that we maintain our competitive advantage against the potential adversary of Russia, and so we took steps to ensure that we have improved our capabilities over the long term to maintain that competitive capability,” a senior House Armed Services Committee staffer told reporters Wednesday, the Hill reported.

Section 1635 mandates the US to “take actions to bring the Russian Federation back into compliance” with the INF deal. In particular it allows the Pentagon to establish “a research and development program for a dual-capable road-mobile ground-launched missile system with a maximum range of 5,500 kilometers.”

The section also mandates Secretary of Defense James Mattis to produce an assessment within 120 days whether or not it is cost-effective or feasible to develop a new missile system, compared with modifying the existing hardware including “the Tomahawk Cruise Missile, the Standard Missile-3, the Standard Missile-6, the Long-Range Stand-Off Cruise Missile, and the Army Tactical Missile System.”

The White House has previously noted that it is “developing an integrated diplomatic, military, and economic response strategy to maximize pressure on Russia.”
The US president is likely to sign the defense budget bill which shows a “$26 billion increase above the President’s combined initial and amended budget requests.” Altogether the NDAA allocated $626 billion for the base budget requirements while authorizing an extra $66 billion for the Overseas Contingency Operations (OCO) and $8 billion for other defense activities.

Russia: US claims on nuclear missiles treaty unfounded, we have questions too

Washington and Moscow have been trading accusations of violations of the INF Treaty for years now. Moscow says that the US drone program, the target missiles for testing ABM technology, and the placement of a naval vertical launch system, part of the AEGIS Ashore shield, are all in violation of the INF.
Earlier this year Kremlin spokesman Dmitry Peskov noted that Russia “remains committed to its international obligations, including under the INF treaty.” Konstantin Kosachev, head of the upper house Committee for International Relations previously warned that Moscow would respond if the US pulled out of the Intermediate-Range Nuclear Forces treaty.

While Moscow has not yet issued a comment on the latest NDAA budget, NATO’s Secretary General Jens Stoltenberg said that Mattis had already briefed the allies on INF treaty developments during the ministerial meeting of the alliance in Brussels.

“The US has determined that Russia is in violation of the INF treaty,” Stoltenberg said adding that the NATO will follow further developments as the “INF treaty is very important and that a strong and viable INF treaty is a pillar for European security.”

“I think that the INF treaty is a cornerstone; it’s extremely important that it is fully implemented so we will continue to call on Russia to address the serious concerns in a substantial, transparent and verifiable way because the INF treaty’s important for all of us,” he added.

Speaking at the Valdai Discussion Club in Sochi last month, Russian President Vladimir Putin said that by not banning air-based and naval launchers the treaty allowed a loophole predominantly benefiting NATO states. He went on to say that it represented “another case of Russia making unilateral concessions.”

“Nonetheless, we are going to comply with its terms providing our partners do so,” Putin said. “If they decide to abandon it, however, our response will be instant and symmetrical.”