TEHRAN, November 11 -One lucky person has scooped the $8.5 million Russian Lotto jackpot. The problem is, the winner has not yet come forward. The ticketholder has three years to show up and grab what appears to be the biggest lottery win in Russian history. 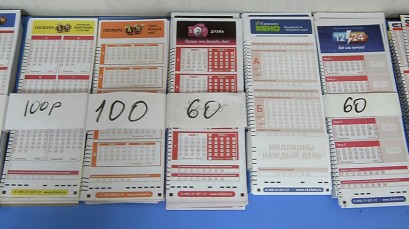 TEHRAN, Young Journalists Club (YJC) -According to the website of Russian Post (Pochta Rossii), a winning ticket was purchased in Voronezh Region, about 500km from Moscow, in late October or early November. The Russian Lotto draw took place last Sunday.
“There’s hardly a person who would not want to take home their lottery win – the bigger, the better,” Yulia Gavrishova, a spokesperson for Stoloto, Russia’s largest distributor of state lotteries, told RT. “We’ve had cases when a winner didn’t come forward for quite a long time. For instance, a long-haul truck driver bought a ticket, embarked on a long journey and ‘woke up’ only six months later. But all winners show up, we go to visit them, see what new houses they have built, how they helped their children, etc…” she added.

Gavrishova said that as a rule, the winners show up within several weeks after the draw. “I’m sure that the lucky one from the Voronezh Region will show up. The only question is, when? The whole country is waiting,” she told RIA Novosti on Thursday.

To receive the “biggest lottery win in Russian history” (506 million Rubles) the ticketholder should simply apply to the Stoloto office.

Earlier this year, a resident of the resort city of Sochi won the second largest lottery prize in Russia, which totaled 365 million rubles ($6.1 million.)