TEHRAN, November 12 - Spokesman for the Atomic Energy Organization of Iran (AEOI) Behrouz Kamalvandi said the sealing of some of the country’s nuclear facilities is temporary and in accordance with the terms of the International Atomic Energy Agency (IAEA) safeguard agreement. 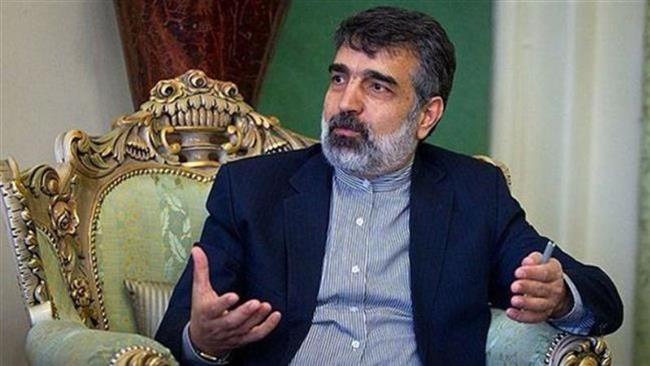 TEHRAN, Young Journalists Club (YJC) - Speaking to the Islamic Republic of Iran Broadcasting (IRIB) on Saturday, Kamalvandi commented on remarks made by IAEA Director-General Yukiya Amano, who said in a recent interview with CBS that international monitoring system allowed taking thousands of photos at nearly 2,000 sealed nuclear facilities in Iran.

Kamalvandi said Amano announced the figures to convince the other party that Iran’s nuclear activities are transparent and closely monitored by the UN nuclear agency.
The photos taken of Iranian facilities are not something special and have nothing to do with the Joint Comprehensive Plan of Action (JCPOA), he said, referring to the 2015 nuclear deal between Tehran and six world powers.
The spokesman also emphasized that the photos are not taken out of the facilities but are stored in the cameras to be referred to if need be.
He further made assurances that the sealing of the nuclear facilities is temporary and in compliance with IAEA safeguard agreement.
Amano’s remarks came as concerns have been growing in recent weeks that the US administration unilaterally scraps the nuclear agreement between Iran and the Group 5+1 (Russia, China, the US, Britain, France and Germany).
In a major confrontational stance against Iran on October 13, US President Donald Trump refused to certify the multilateral deal on Tehran’s peaceful nuclear program.
Speaking from the White House, Trump said he will choose not to certify that Tehran is complying with the agreement.
The 159-page nuclear agreement between Iran and the Group 5+1 (Russia, China, the US, Britain, France and Germany) was reached in July 2015 and came into force in January 2016.
Since the historic deal was signed in Vienna, the International Atomic Energy Agency (IAEA) has repeatedly confirmed the Islamic Republic’s compliance with its commitments under the JCPOA, but some other parties, especially the US, have failed to live up to their undertakings.