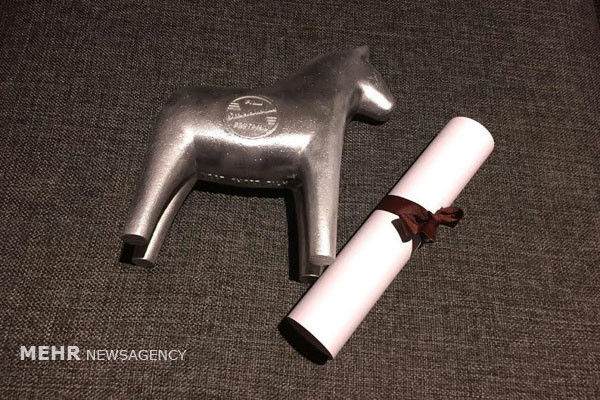 The award was received by one of the film’s investors on Mazaheri’s behalf. In a short video message, the director devoted the statue to the survivors of the devastating earthquake in Iranian western province of Kermanshah.

‘Retouch’, which tells the tragic story of a young woman whose husband dies before her eyes, has been set for 17 international screenings including 11 premieres across the world in November 2017.

Most recently, Mazaheri’s film managed to win the Best Short Film award at the 18th Annual Ojai Film Festival in the United States.

Launched in 1990, the Stockholm International Film Festival aims at bringing forth and supporting new talents through competitions and scholarships.

The 28th edition of the festival was held on 8-19 November in Sweden.