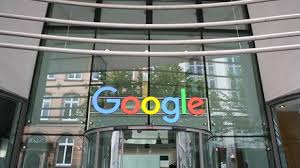 “We are working on detecting and de-ranking those kinds of sites – it’s basically RT and Sputnik,” Schmidt said during a Q & A session at the Halifax International Security Forum in Canada on Saturday, when asked about whether Google facilitates “Russian propaganda.”

“We are well of aware of it, and we are trying to engineer the systems to prevent that [the content being delivered to wide audiences]. But we don’t want to ban the sites – that’s not how we operate.”

The discussion focused on the company’s popular Google News service, which clusters the news by stories, then ranks the various media outlets depending on their reach, article length and veracity, and Google Alerts, which proactively informs subscribers of new publications.

RT has criticized the proposed move – whose timescale has not been publicized – as arbitrary and a form of censorship.

“Good to have Google on record as defying all logic and reason: facts aren’t allowed if they come from RT, ‘because Russia’ – even if we have Google on Congressional record saying they've found no manipulation of their platform or policy violations by RT,” Sputnik and RT Editor-in-Chief Margarita Simonyan said in a statement.

During the discussion, Schmidt claimed that he was “very strongly not in favor of censorship,” but said that he has faith in “ranking” without acknowledging if the system might serve the same function. Schmidt, who joined Google in 2001, said that the company’s algorithm was capable of detecting “repetitive, exploitative, false, and weaponized”info, but did not elaborate on how these qualities were determined.

The Alphabet chief, who has been referred to by Hillary Clinton as a “longtime friend,” added that the experience of “the last year” showed that audiences could not be trusted to distinguish fake and real news for themselves.

“We started with the default American view that ‘bad’ speech would be replaced with ‘good’ speech, but the problem found in the last year is that this may not be true in certain situations, especially when you have a well-funded opponent who is trying to actively spread this information,” he told the audience.

On election night 2016, Schmidt was spotted at the Clinton campaign headquarters with a “staff” badge, according to a photo submitted to Politico.

RT America registered under FARA earlier this month, after being threatened by the US Department of Justice with arrests and confiscations of property if it failed to comply. The broadcaster is fighting the order in court.Google’s initiative will have a direct impact on “freedom of speech and thought” in the US, believes Prof. Dan Kovalik, from the University of Pittsburgh School of Law.

Kovalik told RT. “When [you start] censoring anyone, they are going to censor everyone, and I think everyone in the US should be appalled by this and very concerned.”

Google is dancing to the tune of the US government as part of the broader campaign to demonize Russia, political commentator and TV host Steve Malzberg told RT.

“This is all about the fact that Russia is right now the enemy. Russia has been made the enemy by the left, the Democrats and, by definition, the media. The media has been nonstop for a year now about ‘evil Russia.’ Anything associated with the ‘evil Russia’ will incur the wrath of the government,” Malzberg said. “It is because they have been called in before Congress and because of this witch hunt that is going on... They don’t want to risk the wrath of Congress, and that is the problem.”