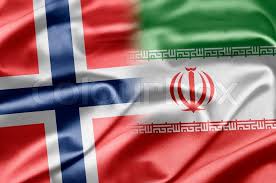 He called Iran a large market in the Middle East, saying that Norwegian companies will comply with their commitments in all trade fields in best way possible.

The one-day seminar on opportunities of navigation between Iran and Oslo was held in Oslo as dozens of Iranian and Norwegian companies took part in the event and discussed cooperation and investment in navigation and shipping related industries.