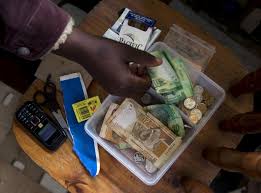 The rand, which had tumbled 2 percent on Friday, recovered in early trade on Monday at 14.0750 per dollar, as of 0645 GMT, 0.65 percent firmer than its New York close on Friday.

The yield for the benchmark government bond due in 2026 rose 6.5 basis points to 9.4 percent.

Moody’s said the review will allow it to assess the South African authorities’ willingness and ability to respond to the rising pressures through growth-supportive fiscal adjustments that raise revenues and contain expenditures.

“The review period may not conclude until the size and the composition of the 2018 budget is known next February,” Moody’s senior analyst for South Africa, Zuzana Brixiova, said in a statement.

The National Treasury said on Saturday it would outline “decisive” policy to strengthen South Africa’s fiscal framework in the annual budget next year.

“Come February, especially once nothing will change in terms of fiscal policy, the country will be downgraded to ”junk“ by all ratings agencies and the WGBI dream will be no more, at least for many a year,” said Standard Bank chief trader Warrick Butler in a note, referring to Citi’s World Government Bond Index.

“What this means in terms of the currency will be increased volatility.”

Stocks were set to open lower at 0700 GMT, with the JSE securities exchange’s Top-40 futures index down 0.2 percent.