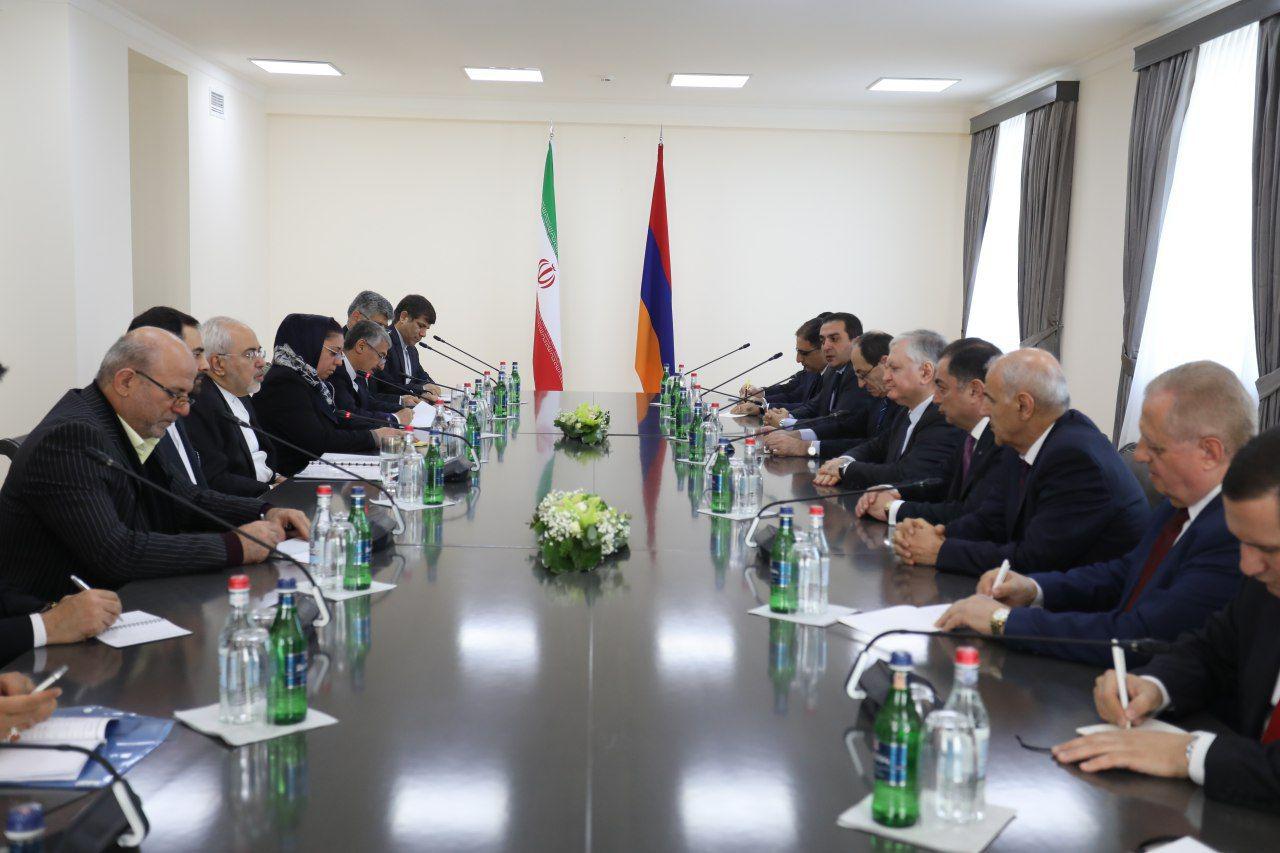 The two FMs met and discussed bilateral ties between Iran and Armenia, with Mohammad Javad Zarif’s pointing out to the long-standing relations of the two countries and stressing higher levels of developing political and economic relations.

Zarif referred to holding business conferences in the two countries and noted that private sectors are considered as the driving forces of economic relations.

Nalbandian also for his part appreciated Iran’s FM travel to Armenia and said that the two countries relations is expanding and that Yerevan is ready to have cooperation with Islamic Republic of Iran in different areas specially in economic area.