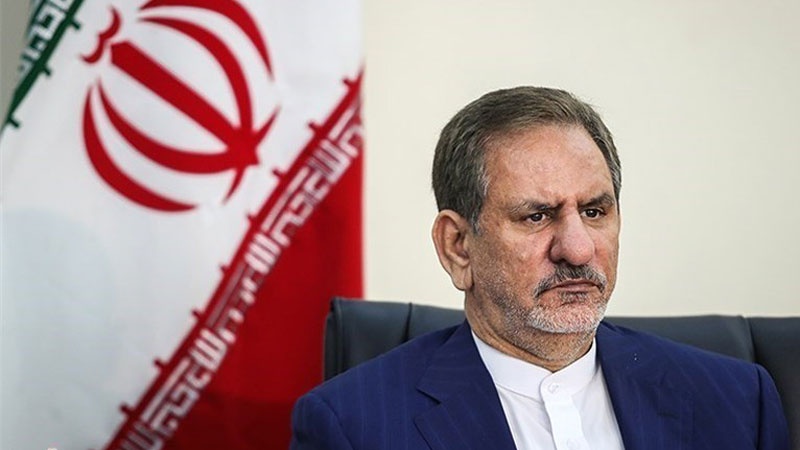 TEHRAN, Young Journalists Club (YJC) - Iranian Minister of Industry, Mine and Trade Mohammad Shariat-Madari is accompanying Jahangiri during the visit.

Iranian Vice-President Es’hagh Jahangiri will deliver a speech on ways to make the optimal use of SCO’s capacities to further regional cooperation, and discuss Iran’s own capacities in various economic, scientific, technical, and other fields, particularly in the post-JCPOA era.

The SCO summit will be attended by the heads of governments of India, Kazakhstan, China, Kyrgyzstan, Pakistan, Russia, Tajikistan and Uzbekistan, who will exchange views on the current regional and global situation and discuss a broad range of issues of further economic and humanitarian cooperation in the framework of the SCO, according to TASS.

Representatives of the SCO observer states – Iran, Afghanistan, Belarus and Mongolia, and also heads of the Secretariat, the Executive Committee of the Regional Anti-Terrorist Structure, the Business Council, the SCO interbank group and some international and regional organizations will also take part in the summit.

The Declaration on the Establishment of the Shanghai Cooperation Organization was signed in China’s Shanghai in June 2001 by six founding states - Russia, China, Kazakhstan, Kyrgyzstan, Tajikistan and Uzbekistan. India and Pakistan became full-fledged members on June 9, 2017, while Iran, Afghanistan, Belarus, and Mongolia enjoy observer status.