Iranian lawmakers censure US for recognizing Quds as Israeli ‘capital’

TEHRAN, December 12 - Iranian lawmakers have issued a statement to condemn US President Donald Trump’s decision to recognize Jerusalem al-Quds as Israel’s “capital,” saying the move is the “last nail in the coffin” of the so-called Middle East peace process. 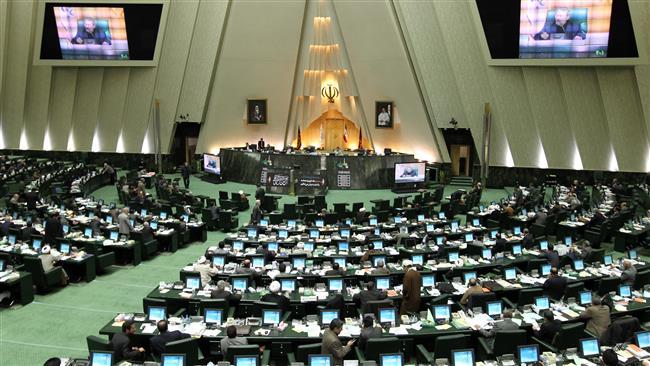 TEHRAN, Young Journalists Club (YJC) - “Jerusalem al-Quds is the first qibla (the direction toward which Muslims pray) and the sacred mother of the entire Muslim Ummah,” read the statement signed by 235 MPs on Tuesday.

It came days after Trump declared that Washington was recognizing Jerusalem al-Quds as the “capital” of Israel and instructed his administration to begin the process of moving the American embassy from Tel Aviv to the occupied ancient city.

The Iranian lawmakers described the move by the “businessman-turned-president” as proof of the “lack of identity” and the “fake nature” of the Zionist regime, which needs to turn to a so-called “big power” to designate Jerusalem al-Quds as its capital forcefully and regardless of Palestinian aspirations.

The MPs also warned the US and the Zionist regime that the Islamic Ummah will not remain tight-lipped in the face of Trump’s “criminal” move.

They further called on all Muslim countries to cut their diplomatic ties with Tel Aviv and reduce their economic transactions with the US to a bare minimum, reaffirming that the Iranian government and nation “will always support sacred Islamic ideals, including the fight against the Zionist regime."

Trump’s move upended decades of American diplomacy, triggering a global diplomatic backlash as well as large-scale protests in Palestinian territories and elsewhere in the world.

Jerusalem al-Quds remains at the core of the Israeli–Palestinian conflict, with Palestinians hoping for the eastern part of the city to eventually become the capital of their independent state.