TEHRAN, February 2 - Just when you think fake news about Russia could not get any more bizarre, mainstream media outshines itself, again. These days, no story about Russia is too wild to print. 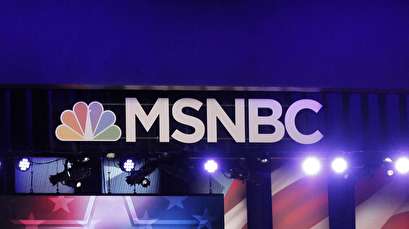 TEHRAN, Young Journalists Club (YJC) -Just when you think fake news about Russia could not get any more bizarre, mainstream media outshines itself, again. These days, no story about Russia is too wild to print.

Here are just a few of the many Russia conspiracy stories now littering the landscape ever since fictional tales of the ‘Russian bogeyman’ seized the American imagination. Since it has become practically an article of faith among so many media pundits that President Donald Trump is a Kremlin puppet, it would not be amiss to suggest the same about other high-ranking Republicans.

So, was anybody really surprised when MSNBC ‘analyst’ John Heilemann suggested that Republican congressman Devin Nunes, who serves as Chairman of the House Intelligence Committee, has been “compromised by the Russians?”

In an interview with Democratic Senator Chris Murphy, Heilemann ventured so far into the realms of conspiracy theory folklore that he was forced to concede his question was “ridiculous and absurd.” But he went ahead anyway.

The question appeared to have stumped Murphy; as he stumbled and stammered during his response. “I-I-I-I-I-hope that’s not the case and I certainly have no information to suggest that it is,” he said. Heilemann, however, was having none of it, referring to unnamed “people in the intelligence community” who purportedly think exactly as Heilemann does.

“Doesn’t his behavior speak of that though,” the 'analyst' pressed on, no longer concerned that his question was patently absurd. “I’m not the first person who’s raised this. He’s behaving like someone who’s compromised and there are people in the intelligence community and others with great expertise in this area who look at him and say, ‘That guy’s been compromised.’”

Murphy would only say there are Republicans who “instinctively act in a way to protect their president.” Whatever that means. Later, Heilemann presented the very same question in exactly the same fashion to another Democratic congressman, Eric Swalwell, with the same result.

However, the Heilemann episode was just one media fiasco that the under-fire Nunes would be forced to endure. This week, the Daily Beast wrote a story about the now-infamous memo man, entitled: “Did Devin Nunes Work With White House on Anti-FBI Memo? ‘Far as I Know, No.’”

The story opens with the assertion that the House Intelligence Committee Chair “refused to answer behind closed doors if he coordinated with the president’s team on his report blasting Rosenstein, Comey, and McCabe.”