TEHRAN, February 6 - The body of Russian pilot whose jet was downed by terrorists in Syria's Idlib is recovered and returned to Russia, Russian Defense Ministry said. 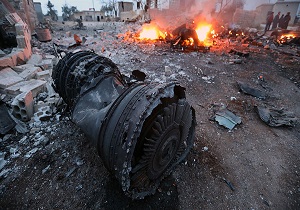 TEHRAN, Young Journalists Club (YJC) - The body of Major Filipov, the Su-25 pilot shot down in Syria who then blew himself up with a grenade rather than be killed by militants, has been recovered and returned to Russia, the Defense Ministry said.

“Russian military intelligence, in cooperation with its Turkish colleagues, has returned to Russia the body of pilot Major Roman Filipov, who heroically died in Syria on February 3,” the Ministry said.