TEHRAN, February 18 - Recent figures show that Iran’s exports of oil to South Korea dropped by almost a half in January after a tanker incident off China’s shores, but the country’s exports to India rose nonetheless by above 50 percent. 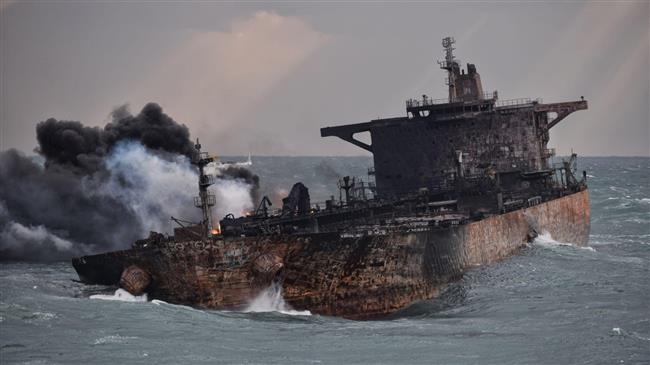 The fall in South Korea’s Iranian oil intake partly reflected the sinking last month of Iran’s Sanchi tanker which was carrying 136,000 tons of condensate after a collision with a Chinese cargo ship. Sanchi sank after it was ablaze for almost a week off China’s eastern coast. Its condensate cargo was to be delivered to South Korea’s petrochemical company Hanwha Total Petrochemical. The tragedy left 32 crew members dead – 30 Iranians and two Bangladeshis.

South Korea, the world’s fifth-biggest crude oil importer, mainly buys condensate - an ultra-light oil - from Iran, Reuters reported. It added that the country’s imports of condensate had on average declined since November 2017 as Iran’s condensate exports had been dented by a “technical problem” at South Pars field.

Meanwhile, other figures show that Iran’s exports of crude oil to India saw a significant rise in January.