TEHRAN, April 03 - A high-ranking US official says Washington is awaiting evidence from Turkey over the alleged involvement of US-based opposition cleric Fethullah Gulen in the assassination of the Russian ambassador to Ankara, Andrey Karlov, more than a year ago. 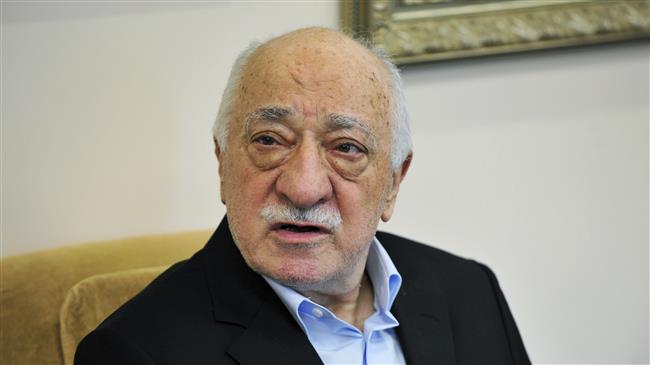 TEHRAN, Young Journalists Club (YJC) - “We will review any materials the Turkish government may provide in this regard and will make any decisions about extradition on the basis or the facts and relevant US laws,” US Justice Department spokeswoman Nicole Navas Oxman told Russia's state-owned news agency Tass.

An off-duty police officer in civilian clothing, identified as Mevlut Mert Altintas, shot down Karlov as he was inaugurating a photo exhibition in Ankara on December 19, 2016.

After carrying out the murder, the assailant went on a rant caught on camera, which saw him bawling “Don’t forget Aleppo, don’t forget Syria!”

The assassination, condemned by the Turkish and Russian leaders as an attempt to sour Ankara-Moscow ties, came amid cooperation between the countries over the Syrian crisis.

The paper said he had served in the taskforce ensuring that no harm would come to the head of state in public events. The group played second fiddle to Erdogan’s personal bodyguards.

Altintas had provided security for the Turkish president eight times since the botched putsch against Erdogan. Over all, he had served two and a half years in anti-riot police.

Turkish Foreign Minister Mevlut Cavusoglu said at the time that Ankara blamed the Gulen movement for the assassination plot.

On November 25, 2017, a criminal court in Ankara ordered the arrest of the chairman of the Guru Media Broadcast Group, Hayreddin Aydinbas, over the assassination.

Aydinbas had earlier given his testimony to Adem Akinci, a prosecutor from the Ankara Chief Public Prosecutor’s Office.

He confessed that he had links to the movement of the US-based opposition figure Fethullah Gulen, whom the Ankara government accuses of having masterminded the failed July 2016 coup.
Aydinbas claimed that had broken away from the Gulen movement back in 2008.