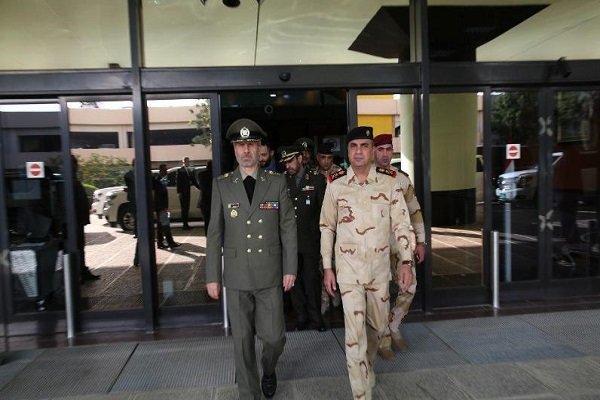 The Iranian defense minister said at the airport he was visiting Iraq with the aim of expanding military-security cooperation between the two countries and exchanging views on the latest developments in the region, including the recent attack on Syria with Iraqi officials.

He also congratulated the Iraqi people and government on the victory over terrorism.