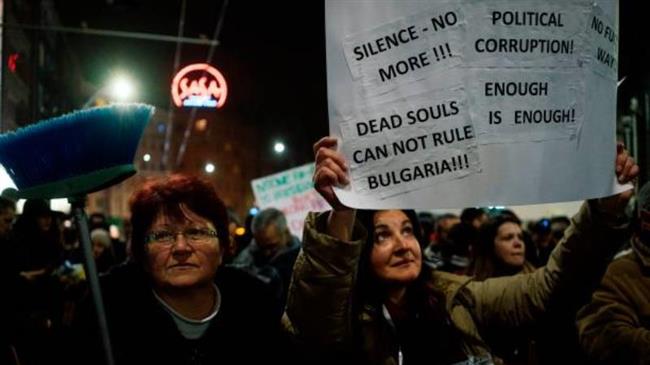 TEHRAN, Young Journalists Club (YJC) – The ruling GERB party in February withdrew the Istanbul Convention from being ratified in parliament after opposition from its allies in government and religious groups, including the influential Bulgarian Orthodox Church.

"The Convention guarantees the highest standards for the prevention of violence against women and its rejection is a serious regression in the field of women's rights," Dilyana Angelova, a coordinator with the BHC told a news conference.

The row overshadowed Prime Minister Boyko Borissov's efforts to present Bulgaria as a progressive and open-minded country during its first stint as chair of the EU since it joined the bloc in 2007. It chairs EU Council meetings until June 30.

Borissov had said GERB would not proceed with ratification due to lack of support from political parties, including the nationalist United Patriots, its junior coalition partner.

The BHC also accused the government of using increasingly heavy-handed tactics to suppress media freedom and stifle dissent, including online harassment and monitoring of critics and sowing confusion and mistrust through propaganda.

Tavanier said that threats and attacks against journalists had intensified in recent months while the government’s allocation of EU funding to certain media outlets had been conducted with a complete lack of transparency.

A government's spokesman said the criticism by BHC was unfounded. He denied that the cabinet was seeking to muzzle the media, adding Bulgaria is a democracy that values the freedom of the press.

Bulgaria dropped to 111th place out of 180 countries in the Reporters Without Borders world press freedom index this year from 109th in 2017, lower than any other European Union member and all the countries in the western Balkans, some of which are candidates for EU membership.

In October hundreds of Bulgarian journalists protested in downtown Sofia against threats from Deputy Prime Minister Valeri Simeonov against the country’s biggest broadcasters. He accused the mainstream media of leading a "massive smear campaign" against him.