TEHRAN, June 05 - Israel proposed that “a military coalition” be formed against Iran in case Tehran pursues “military-grade” uranium enrichment, suggesting that the military force would comprise of the Israeli regime, the US, the Western states and their Arab allies. 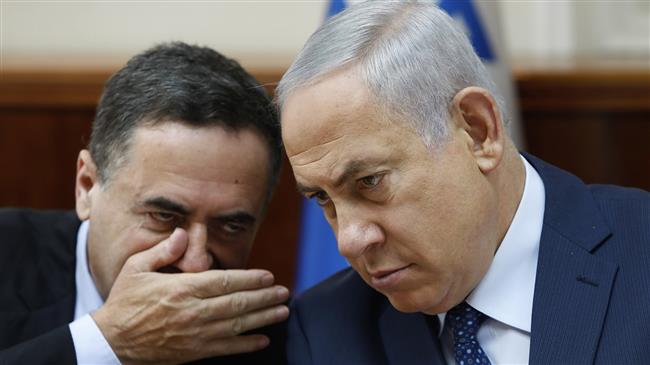 TEHRAN, Young Journalists Club (YJC) - Speaking to media on Tuesday, Israeli Intelligence Minister Yisrael Katz claimed that Iran had once been running an “unsupervised” enrichment scheme with the potential of arming the country with nuclear weapons.

The allies will need to issue a statement against the Islamic Republic “if the Iranians don't surrender now, and try to return,” he said, adding that the statement would be threatening Iranians that “a military coalition will be formed against them.”

“There should be a clear statement by the president of the United States and all of the Western coalition” if Iran returns to enriching "military-grade" uranium, the minister said.

“The Arabs and Israel surely would be there too,” he added.

Washington and Tel Aviv, and to a lesser extent their Western and Arab partners, have claimed that Tehran’s nuclear energy program harbors military aspects.

Iran has strictly and in all circumstances denied pursuing any military ambitions through its nuclear work.

The country asserts that under a fatwa (religious decree) issued by Leader of the Islamic Revolution Ayatollah Seyyed Ali Khamenei, its long-established policy is to oppose the acquisition, production, stockpiling, and use of nuclear weapons.

In December 2015, the International Atomic Energy Agency’s governing board voted overwhelmingly in favor of a draft resolution, which closed the so-called possible military dimensions (PMD) case in Iran’s nuclear program.

The vote brought an end to a 12-year investigation into the “past and present issues” regarding Iran’s nuclear activities, which the United Nations nuclear watchdog had been probing under pressure from the Israeli regime, the US and their allies.

The vote came after Iran and the P5+1 group of countries signed a nuclear agreement in 2015.

The US, however, withdrew from the accord last month, emboldening Israel in its efforts to try to kill the deal and rally more support for its anti-Iran campaign.

Despite Tel Aviv and Washington’s hostile endeavors, European states have vowed to keep respecting the deal and try their utmost to preserve it.

The Israeli minister’s comments come as Prime Minister Benjamin Netanyahu has embarked on a tour of Europe to persuade European leaders to follow the US and ditch the Iran deal.

This is while Iran is currently in talks with the other signatories on the future of the deal.

Tehran has said it will stay in the JCPOA if the Europeans give guarantees that a deal without the US would still protect the Iranian interests.