TEHRAN, June 06 - The US Statement Department spokesman Heather Nauert has responded to Yesterday's declaration by Iran to increase its capacity for uranium enrichment. 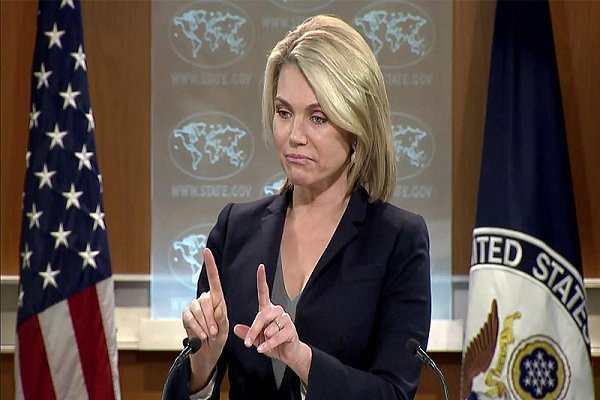 TEHRAN, Young Journalists Club (YJC) - “If the IAEA believes that that is taking place, we believe that the IAEA will report that back to its board of governors, and also, to the United Nations, so we’ll just await that, if that has, in fact, ended up happening in Iran,” the US Statement Department spokesman Heather Nauert was report by Washington Post as saying on Tuesday.

Ali Akbar Salehi, head of the Atomic Energy Organization of Iran (AEOI), announced yesterday that the government of the Islamic Republic of Iran had notified the International Atomic Energy Agency (IAEA) of its plans to boost uranium enrichment capacity a day after Iran’s Leader ordered officials to get prepared to increase enrichment if the nuclear deal fails.